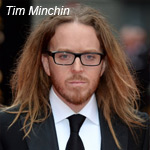 DreamWorks has released details about the studio’s new animated musical feature titled Larrikins which will feature music by composer/comic/actor Tim Minchin. Based on an idea penned by Harry Cripps (Supernova) and produced by Christina Steinberg (Rise of the Guardians, National Treasure), the feature centers an uptight bilby (a desert-dwelling marsupial), who has lived a sheltered life in the safety of his family burrow. When he ventures out and becomes privy to a dangerous secret, he finds himself launched on a musical adventure across the mystical and untamed Australian outback.

“Our whole team is incredibly excited about this project,” said DreamWorks’ Chief Creative Officer, Bill Damaschke. “We’ve been looking to work with the immensely talented Tim Minchin on something for a while, and there is no doubt that this project is a perfect fit. He and Harry Cripps will be a fantastic team.”

Minchin, who will likely take on a larger creative role in addition to writing the music/lyrics for the film, co-wrote Matilda the Musical which was awarded a 2012 Olivier Award for Best New Musical and is currently nominated for 12 Tony Awards including Best Musical Score.

Says Minchin, “I was lucky enough to grow-up in Western Australia and know that the Australian outback is vast and spell-binding and heart-stoppingly beautiful, and the characters that inhabit it are unique and hilarious and tough and cheeky. I am hugely excited to be working with Harry and the DreamWorks Animation team in their mission to capture some of this unique aesthetic and quirky, iconoclastic culture on film. It’s going to be bloody good fun.”