It looks like Santa, the Easter Bunny and the Tooth Fairy weren’t that nice to DreamWorks this year. The animation studio will take an $87 million write-down on its 2012 box-office misfire Rise of the Guardians, it was announced today. This marks the largest write-down the studio has taken for one of its projects. In 2007, DreamWorks took a $109 million write-down for Flushed Away.

The Thanksgiving release cost about $145 million to make and has made over $302 million in the global box office—but it hasn’t performed as well as the studio’s previous blockbusters such as Shrek, Kung Fu Panda and Madagascar 3.

“While Rise of the Guardians did not achieve the level of box-office success that we have come to expect from a DreamWorks Animation film, we have made several changes to our future slate that we believe will position us well for the next two years,” said Jeffrey Katzenberg, chief executive of DreamWorks Animation. “We are now looking ahead to our next release—and our first under our new distribution agreement with 20th Century Fox—The Croods on March 22, 2013.”

DreamWorks took a fourth-quarter charge of $54 million related to the company’s decision to return Me & My Shadow back to development, a write-off of a number of other development projects in the amount of $20 million and a charge of $4.6 million related to restructuring activities. As previously reported, the studio plans to lay off up to 20% of its workforce. DreamWorks shifted the release date for its movie Mr. Peabody & Sherman from Nov. 1 to March 7, 2014. The company reported a net loss of $82.7 million, or $.98 cents a share, in the fourth quarter, on revenues of $264.7 million. For the year, DreamWorks reported total revenue of $749.8 million and a net loss of $36.4 million.

In an interview with The Hollywood Reporter, Katzenberg confirmed the pending layoffs. “These things are very, very difficult to do,” he said. “I would say it’s the hardest thing I’ve had to do since we started DreamWorks. We’ve never had to lay anybody off. It was against our culture. But it’s the right thing for us today and it makes DWA strong going forward.”

“It’s been very hard,” he added. “We had 17 hits in a row and this (Rise of the Guardians ) is the first one that didn’t work for us. So it makes you go back and rethink everything, not just the fact that it didn’t work – certainly we spent a lot of time reflecting on that – but more importantly, saying, ‘let’s look at everything and say, what could we be doing better, smarter, more effectively to really position the company in the best possible way gong forward? And that’s what we’ve done, and that’s what restructuring is all about.” 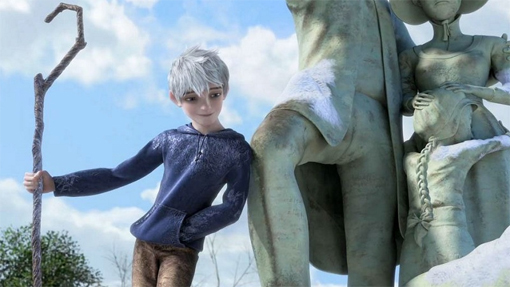