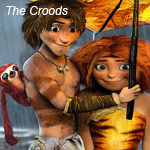 After months of anticipation, DreamWorks watchers can sigh in relief this weekend as the studio’s first animated feature of 2013 proved to be a solid moneymaker at the box office. Directed by Chris Sanders and Kirk DeMicco, the caveman family comedy brought in an estimated $44.7 million weekend. After the disappointing results of the under-performing Rise of the Guardians last November, the studio needs a big hit to keep its share prices solid on Wall Street. The movie, which was made for about $135 million, is the first of the studio’s projects to be released by 20th Century Fox (after the relationship with Paramount ended in 2012). Although the pic received only a 64% rating on rottentomatoes.com, it received a solid A CinemaScore from audiences.

The film also performed spectacularly overseas, bringing in over $63.3 million and confirmed as the number opening feature in 44 markets. The preshistoric toon played on 11,870 screens in 47 markets and 86 countries worldwide.

Disney’s Oz the Great and Powerful dropped to the Number 3 position with another $23.8 million (cume is a very impressive $178.5 million domestically after three weekends in theaters), while Warner Bros.’ vfx-laded Jack the Giant Slayer dropped to No. 8, with a $3 million weekend and cume of $59.1 in four weeks.

VFX/action movie fans are looking forward to Paramount’s G.I. Joe: Retaliation opening on Friday (March 29) with Channing Tatum, Dwayne Johnson and Bruce Willis, and The Host, the adaptation of Stephanie Meyer’s alien-body-takeover thriller with Saoirse Ronan, Diane Kruger and William Hurt, directed by Andrew Niccol. The Croods will woo the animation crowds until Fox/Blue Sky’s Epic rolls in on May 24. 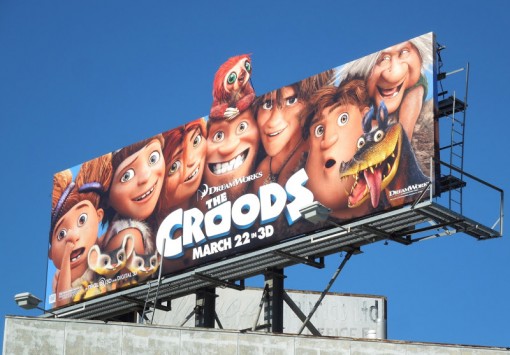