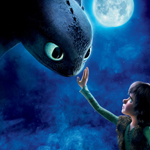 DreamWorks Animation has put the pieces in place to produce a sequel to its hit How to Train Your Dragon for release in 2013.

The original co-writers and co-directors Chris Sanders and Dean DeBlois also will return, though DeBlois will take over as the main writer and sole director while Sanders will serve as an executive producer alongside DeBlois. Bonnie Arnold will return to produce.

Sanders is co-directing another DreamWorks Animation feature titled The Croods, also due for release in 2013.

How to Train Your Dragon was released in stereoscopic 3D on March 26, and has gone on to gross an estimated $492 million worldwide at the box office. The film is getting a DVD and Blu-ray release this week.