DreamWorks Animation has made its second cancellation announcement since being purchased by Comcast and absorbed into the NBCUniversal family: Australian comedian-actor-writer-musician-director Tim Minchin’s animated ode to his home country (and DWA’s sole announced release for 2018) Larrikins has fallen under the axe.

News broke after Minchin posted a statement to the website of New York venue Feinstein’s/54 Below announcing a maudlin, boozy show (which sold out quite quickly):

“I’ve recently been working in 3 different continents, missing my kids a lot, sleeping too little and not playing piano enough. And then a couple of days ago, the animated film to which I’ve dedicated the last 4 years of my life was shut down by the new studio execs,” the post read. “The only way I know how to deal with my impotent fury and sadness is to subject members of the public to the spectacle of me getting drunk and playing ballads.”

Larrikins, which was to be directed by and feature songs by Minchin (who has written lyrics for the Matilda and Groundhog Day musicals) followed an uptight bilby on a music-driven adventure across the Australian Outback. The film was set to star Hugh Jackman and Margot Robbie, leading an all-Aussie-star cast which also included Nicole Kidman, Naomi Watts, Rose Byrne and Ben Mendelsohn.

The news comes a few days after DWA announced a sequel to Trolls. The studio previously canceled a planned Croods 2 following the Comcast acquisition. 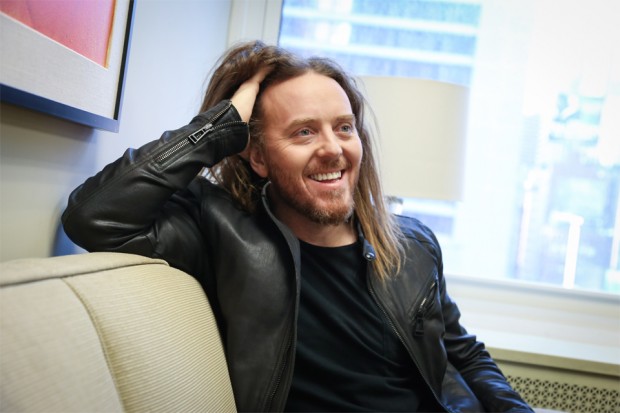