Tra-la-la! The first trailer for DreamWorks Animation’s summer CG comedy Captain Underpants: The First Epic Movie has arrived, and it’ll really put the snap back in your elastic waistband. The spot introduces young pranksters-slash-BFFs George and Harold, their buzzkill school principal, and the overconfident, under-clothed “superhero” he becomes under hypnosis. The animation looks like a slick, squeezable homage to the book illustrations which leaves plenty of room for both physical comedy and cool effects (hello, hypno-ring) — plus, there’s a pretty hilarious tiger cameo. 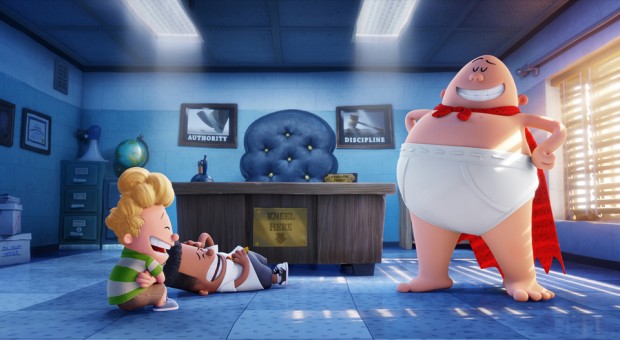