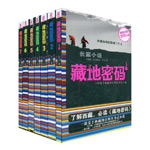 DreamWorks Animation Chief Exec Jeffrey Katzenberg announced the launch of a new Chinese co-production on Friday (April 18) in Beijing. Based on a popular Chinese book series set in ninth-century Tibet, the movie is called Tibet Code, and is a joint venture of Oriental DreamWorks and Chinese investors, including the country’s main distributor China Film Group.

DreamWorks Animation unveiled its Chinese joint venture last year to operate a studio in Shanghai that will produce animated movies and other entertainment for the Chinese and global market. The studio is also co-producing the next Kung Fu Panda movie, which has been a blockbuster in China.

In an interview with the Wall Street Journal, Katzenberg said he saw the Tibet series as a strong franchise and dismissed suggestions that there was any political motive behind the film.

Hollywood films are still subject to censorship in China. In April, one the day of its Chinese premiere, Chinese officials nixed the showing of Quentin Tarantino’s Oscar-winning Django Unchained, due to its violent content.