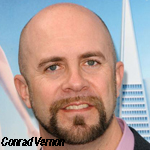 DreamWorks Animation is preparing to bring the 1971-73 Sid and Marty Krofft children’s series Lidsville to the big screen, reports The New York Times.

The studio has tapped Conrad Vernon to direct the film. Vernon, who co-directed Shrek 2 and Monsters vs. Aliens for DreamWorks, told The Times a visual approach has not been decided, and the film could mix live-action actors with animation or be completely animated.

Lidsville, which ran for 17 episodes, tells the tale of a boy named Mark who enters a world where giant hats come to life. Lidsville was plagued by a villain named Horatio J. HooDoo, played by Charles Nelson Reilly, who flew around in his “hatamaran” zapping the citizens of Lidsville with magic. Like the rest of the Kroffts’ kids series from the time, it was a mix of puppets, live action and visual effects.

Can’t quite imagine how that works? Check out the opening credits sequence from the original series.

With the project still in development, no casting decisions have been made (though we’d love to see Seth MacFarlane bring the Reilly impression he does on American Dad! to the big screen) and no release date has been set, though the film will be made in stereoscopic 3D.