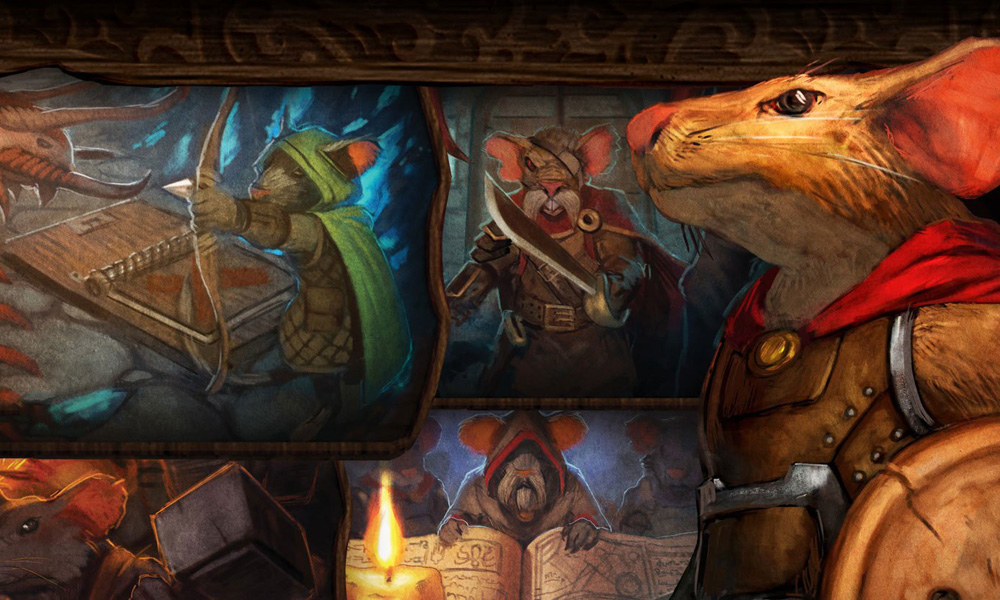 DreamWorks Animation is in final negotiations for the rights to adapt fantasy board game Mice and Mystics into a feature film, Variety reports. Alexandre Aja (The Hills Have Eyes, Horns) is attached to direct and co-write the script with David Leslie Johnson (Aquaman, Wrath of the Titans). Roy Lee and Jon Berg of Vertigo Ent. are producing.

The multi-award-winning cooperative adventure title was created by Jerry Hawthorn and is published by Plaid Hat Games. From the publisher:

In Mice and Mystics players take on the roles of those still loyal to the king – but to escape the clutches of Vanestra, they have been turned into mice! Play as cunning field mice who must race through a castle now twenty times larger than before. The castle would be a dangerous place with Vanestra’s minions in control, but now countless other terrors also await heroes who are but the size of figs. Play as nimble Prince Collin and fence your way past your foes, or try Nez Bellows, the burly smith. Confound your foes as the wizened old mouse Maginos, or protect your companions as Tilda, the castle’s former healer. Every player will have a vital role in the quest to warn the king, and it will take careful planning to find Vanestra’s weakness and defeat her.