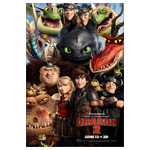 It was crowded at the top for this weekend’s box office results, with the top three features finishing within $5 million of each other in an overall weak weekend for movie ticket sales.

That was good news for DreamWorks Animation’s How to Train Your Dragon 2, which landed in third place with a $25.3 million weekend behind 22 Jump Street’s $29 million and the $30 million debut of Think Like A Man Too.

In two weekends of release, Dragon 2 has earned $95 million in domestic ticket sales and about $76 million overseas for a $171 million total. The film has yet to open in many key overseas markets, including France, the U.K., New Zealand, Germany and Hong Kong.

Disney’s Maleficent fell to fifth place, with its $13 million take just barely behind the debut weekend for Jersey Boys. The VFX heavy take on the Sleeping Beauty tale has earned $185 million domestic and $335 million overseas for a $521 million total.

Following at $10 million for the weekend is the sci-fi actioner Edge of Tomorrow. Its $75 million domestic total is overshadowed by its $218 million overseas take.

In eighth place is Fox’s X-Men: Days of Future Past with a $6.2 million weekend. Its totals stand at $271 million domestic and $475 million foreign for a $692 million total. 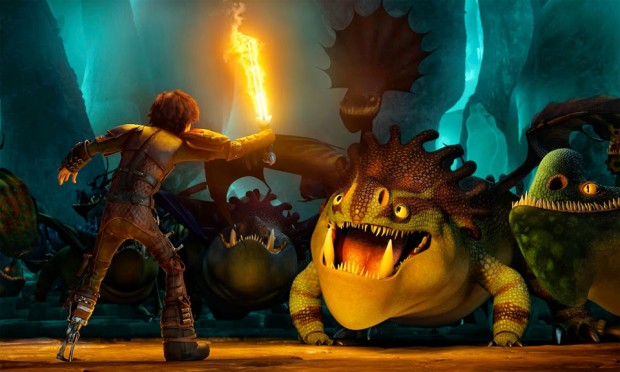 You may also like...
Related Topics:22 Jump Street, Disney, DreamWorks Animation, Edge of Tomorrow, Fox, Godzilla, How to Train Your Dragon 2, Jersey Boys, Maleficent, Sleeping Beauty, Think Like A Man Too, X-Men: Days of Future Past