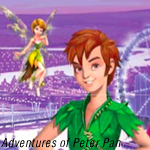 The first film on the slate is a feature version of The Jungle Book, followed by The Adventures of Peter Pan and The Phoenix and the Flying Carpet. Each film is expected to be budgeted at about $25 million to $30 million each.

The Jungle Book will be a big-screen versions of the TV series DQE already has in production and sold into markets all over the world.

Tapaas Chakravarti, producer and chairman of DQE, said The Jungle Book is expected to be released in 2012 or 2013, with The Adventures of Peter Pan set for 2013 and The Phoenix and the Flying Carpet expected out in 2014.

DQE has a 2D and 3D CG production base of more than 3,500 professionals. It has contributed to such series as Little Prince,  Iron Man – Armored Adventures, Little Nick, Casper the Friendly Ghost and Galactik Football. It also has done work for Disney on Mickey Mouse Clubhouse and for Nick on Penguins of Madagascar.

You may also like...
Related Topics:DQ Entertainment, Tapaas Chakravarti, The Adventures of Peter Pan, The Jungle Book, The Phoenix and the Flying Carpet