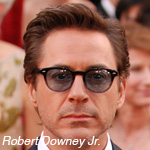 Robert Downey Jr. has signed on to provide the voice of Mr. Peabody in DreamWorks Animation’s planned feature film based on the classic time-traveler and his pal, Sherman, from the old Rocky & Bullwinkle Show, reports Entertainment Weekly.

The magazine reports the feature is planned for 2014 and will be a fully-animated CG feature film — in stereoscopic 3D. The film is directed by Rob Minkoff, of The Lion King fame, and has a script by Jeffrey Ventimilia and Joshua Sternin, whose credits include The Simpsons and the recent Yogi Bear feature.

Minkoff told EW that the story will see an origin story for the duo, as well as plenty of time-travel hijinks. “Mr. Peabody is this genetic anomaly,” Minkoff says. “He does have brothers and sisters, all of them non-speaking, no super-smart dogs. He’s an outcast, but has overcome it by being so great at so many things.”

Design work has begun, though the role of Sherman has not been cast.