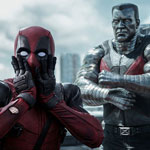 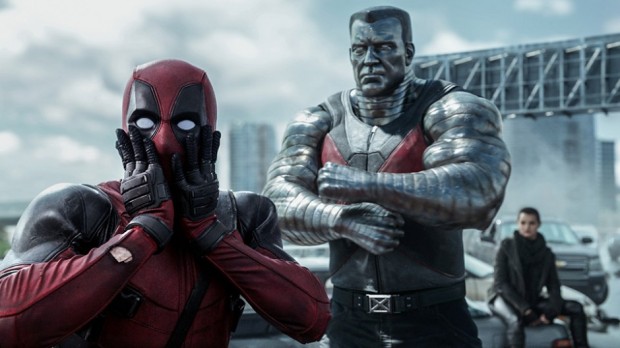 “Tim wanted Colossus to be portrayed differently than in the X-Men movies. As a nerd, he wanted a return to the comic book look: a bigger body builder type who’s Russian. But he also wanted photorealism,” says DD’s VFX supervisor Alex Wang, who collaborated with production VFX supervisor Jonathan Rothbart.

“For the body, we looked at Arnold Schwarzenegger during his body building days, but we wanted him to be much more athletic so we also looked at football player builds: how long their muscles had to be in order for Colossus to realistically do the movements.

“For the face, we looked at very chiseled and pronounced facial features. But more and more, Tim wanted his face to be based on somebody. But it was hard finding an actor that he liked and, at the very last minute, we found that he liked the stuntman on set, Glenn Ennis, for his facial features.”

Miller was particularly keen on using the Mova facial-capture system that DD first introduced in the Oscar-winning Benjamin Button. Turns out that LaSalle, who now works for DD, was a recipient of Mova’s Academy Sci-Tech Award a couple of years ago. Miller turned to him to give the crucial face sync to audio after another actor fell through. LaSalle got to perform Colossus all alone with live-action plates as reference.

“Tim directed Greg and, using our direct drive system, we would then re-target the actor on to the Colossus,” added Wang.

At the same time, DD pushed its muscle system to have greater control of the movement because muscle and skin sliding tends to be all over the place. “And so we needed to find a way of using our skin simulation to art direct where those lines go,” says animation director Jan Philip Cramer. “Obviously, it’s metal and it can’t look like it’s stretching, but we had to find ways to compensate for natural skin slide that would look right.”

For the metallic finish, DD used cold-rolled steel as reference for the body and hot-rolled steel for his hair. However, the ridges and lines proved troublesome, so DD tweaked Houdini software for placing them in targeted positions around his body (rendered procedurally in V-Ray).

Meanwhile, Rodeo FX completed under the supervision of Wayne Brinton close to 230 shots for Deadpool, which required fire and embers, grotesque skin alterations, and set extensions.

The mutation introduced into Reynolds’ body changes the structure of his skin and, once he becomes Deadpool, he’s hideous to look at without his tight red Spandex. Brinton and his team did concepts for skin decomposition at different stages, using time-lapse photography of rotting vegetables and meat for inspiration. They found that the production plates were too dark to show the subtleties of what they wanted to do, so they added more detail and shape to the skin, modeling with ZBrush, doing lighting passes, and finally compositing in the textures.

This scene was shot continually in one room that had been fitted with gas pipes emitting flames, making the usual practice of submitting individual shots for approval inefficient and awkward. Instead, Rodeo FX asked to submit the finished sequence in its entirety to Rothbart.

The other main sequence that Rodeo FX worked on was a post-disaster scene in which a ship crashes, creating a junkyard of smoldering parts. The scene was shot against a green screen and then Rodeo FX generated set extensions for the junkyard, composited a matte painting that Blur Studio shared with them, and added smoke and ashes. Rodeo FX produced additional matte paintings based on photos of the set taken during production. The studio added lots of smoke and ashes at the beginning of the scene when everything is crumbling down, then reduced the intensity as the scene progressed.

“We aimed for a choreography of simulated ash, falling in 3D space,” says Martin Lipmann, compositing supervisor at Rodeo FX. “It’s seemingly minor elements like this that ensure the continuity and believability of a scene like this.”

Bill Desowitz is crafts editor of Indiewire (www.indiewire.com) and the author of James Bond Unmasked (www.jamesbondunmasked.com).