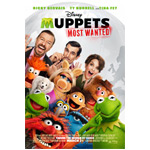 It was a strong weekend for newcomers at the box office, as Lionsgate’s teen sci-fi fantasy Divergent and the return of Jim Henson’s signature characters pushed Mr. Peabody & Sherman down to third place.

Divergent, based on the novel by Veronica Roth, ran away with the crown this weekend by earning $56 million in ticket sales. Disney’s The Muppets: Most Wanted debuted in a distant second place with $16.5 million.

Now in its third weekend of release, DreamWorks Animation’s Mr. Peabody & Sherman sold $11.7 million in tickets. That brings its domestic total to $81 million while its overseas tally topped $102 million for a $183 million total. Mr. Peabody & Sherman, based on a segment from Jay Ward’s Rocky and His Friends TV series, topped the box office last weekend after finishing in second its debut weekend to 300: Rise of an Empire.

Holding on in the top ten was Warner Bros.’ The LEGO Movie, at ninth place with $4.1 million in ticket sales. The toy-based feature has earned $243 million domestic and $147 million overseas for a $390 million total.

The animation front at the box office will remain quiet until April 11, when Fox and Blue Sky Studios’ Rio 2 hits. 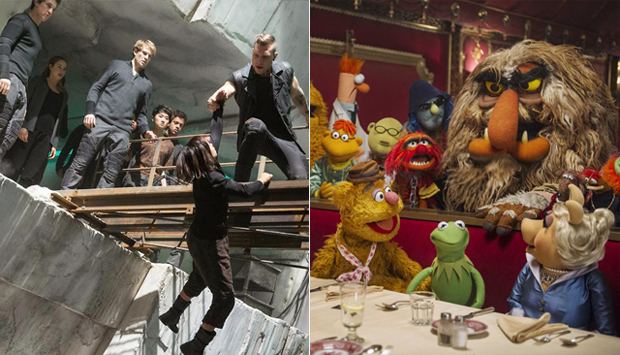