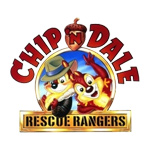 According to The Hollywood Reporter, Walt Disney Studios has picked up a pitch for a live-action movie based on the ’80s-’90s animated TV series Chip ‘n Dale Rescue Rangers. This project falls in line with Disney’s recent pushes to reimagine properties from its animation catalog as blockbuster spectacles, such as Tim Burton’s Alice in Wonderland and Robert Stromberg’s villainess POV Maleficent (out May 30 this year).

The Mouse House’s production label Mandeville Films (Muppets Most Wanted) is behind the project, which has been conceived by commercial director Robert Rugan as a live-action/CG animation hybrid a la the Alvin and the Chipmunks, Scooby-Doo and Smurfs films that have raked in big bucks in the last several years. Currently, Rugan is also developing a couple WB projects, and his credits include the contemporary retake Alice’s Misadventures in Wonderland and the Chuck Jones-inspired live-action short Wiley vs. Rhodes.

The original Rescue Rangers was a 2D animated series created by Tad Stones and Alan Zaslove for The Disney Channel, premiering in 1989 and running for three seasons. The show recast the chipmunk comedy duo (who first appeared in Clyde Geronimi’s 1943 short Private Pluto) as the founders of a detective agency, dealing with crimes “too small” for the police to handle and serving animal clients. Serious-minded Chip and daffy Dale are assisted by Aussie mouse Monterey Jack, young mouse pilot/mechanic/inventor Gadget and Zipper the Fly in their battle against injustice.

It remains to be seen if the film will take a retro-inspired tone like Muppets or bring the classic characters into the modern age like Smurfs and Alvin. But if it’s a hit, and fans of the show aren’t too creeped out to see their heroes in CG (see Garfield, Yogi Bear) it could be interesting to see where else this strategy takes Disney. Will we be seeing a CG animated Darkwing Duck? The mind boggles. 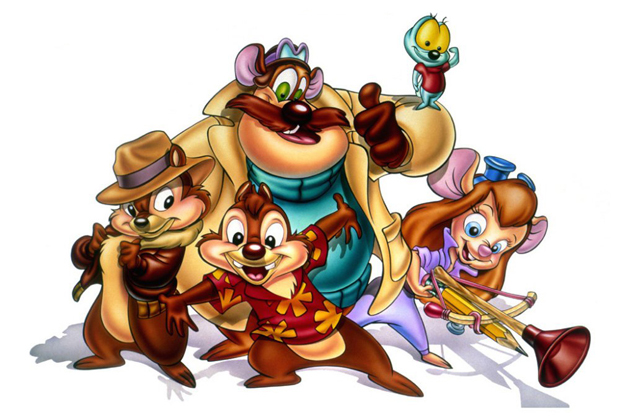