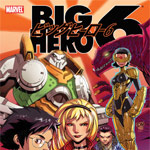 Disney Studio released info and art about its upcoming 2014 animated release: Based on the Marvel comic of the same name, the CG-animated, 3D Big Hero 6 will be released in theaters on November 7, 2014.

The studio describes the pic as an “action comedy adventure about brilliant robotics prodigy Hiro Hamada, who finds himself in the grips of a criminal plot that threatens to destroy the fast-paced, high-tech city of San Fransokyo. With the help of his closest companion—a robot named Baymax—Hiro joins forces with a reluctant team of first-time crime fighters on a mission to save their city.”

According to the L.A. Times blog Hero Complex, Don Hall (Winnie the Pooh) is directing the feature.

Hall told the paper, “I was looking for something on the obscure side, something that would mesh well with what we do. The idea of a kid and a robot story with a strong brother element, it’s very Disney….Marvel properties take place in the real world. We were looking for something to do where we could make our own world — bring in the Japanese influences, have recognizable landmarks mashed up with a Japanese aesthetic.”

According to reports, Marvel Chief Creative offers Joe Quesada has been heavily involved in the film’s development, so hardcore comic-book aficionados won’t need to worry about the property being “Disneyfied.” 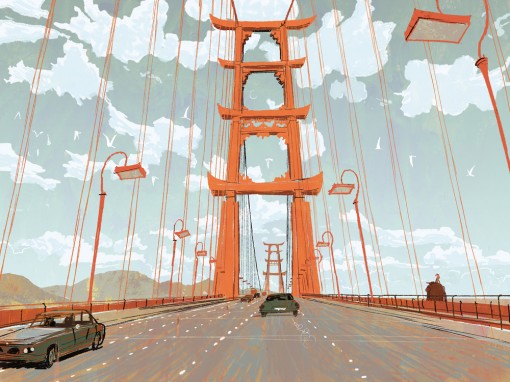