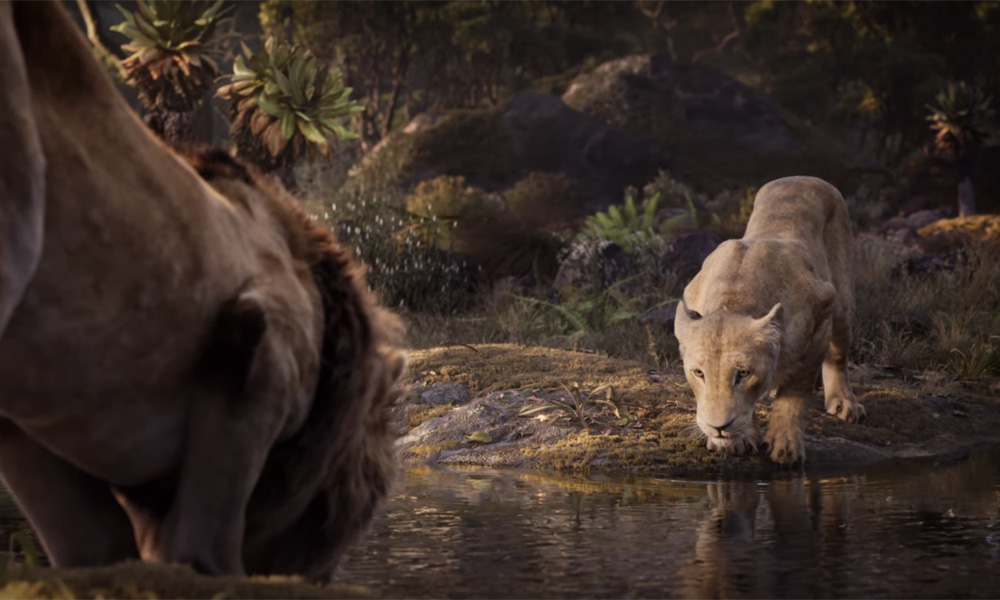 Beyhive, meet the lion pride! Disney has issued a new sneak peek vid for the highly anticipated reimagining of The Lion King, featuring the voice of Beyoncé Knowles-Carter as Nala (watch below). Brought to life by director Jon Favreau (The Jungle Book) utilizing pioneering film technology, the wild adventure opens in U.S. theaters on July 19.

In other Disney live-action-revamp news, the studio is in talks with director Marc Webb (The Amazing Spider-Man) to helm its Snow White adaptation, sources tell Variety. Expanding on the story and music from the animated 1938 classic, the undated update will feature new songs by Benj Pasek and Justin Paul (La La Land, The Greatest Showman) and will be produced by Marc Platt. Erin Cressida Wilson (The Girl on the Train) is in negotiations to write the script.

The Lion King synopsis: Simba (voiced by Donald Glover) idolizes his father, King Mufasa (James Earl Jones), and takes to heart his own royal destiny. But not everyone in the kingdom celebrates the new cub’s arrival. Scar (Chiwetel Ejiofor), Mufasa’s brother — and former heir to the throne — has plans of his own. The battle for Pride Rock is ravaged with betrayal, tragedy and drama, ultimately resulting in Simba’s exile. With help from a curious pair of newfound friends, Simba will have to figure out how to grow up and take back what is rightfully his.