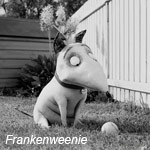 When he’s not designing Thanksgiving parade floats or displaying his art at museums, Tim Burton is also directing movies. His 2012 black-and-white feature Frankenweenie is a full-length version of a short he directed  in 1984, about a boy who brings his dog back to life, a la Dr. Frankenstein, after an accident. Today, ew.com released several images from the movie, which should keep fans happy until it hits the screens in October of next year.

Burton tells Entertainment Weekly, “It just tries to keep that idea of a very, simple pure relationship. Mix that with the Frankenstein myth, and it causes problems. It has its good side and repercussions. Ultimately, we try to go with the slightly more positive aspects of keeping that [boy-and-his-dog] relationship going. It’s such an unconditional relationship. A lot of kids have that experience – I certainly had that experience with a first pet. You’ll probably never have it again in your life in that way, it’s so pure and memorable.” 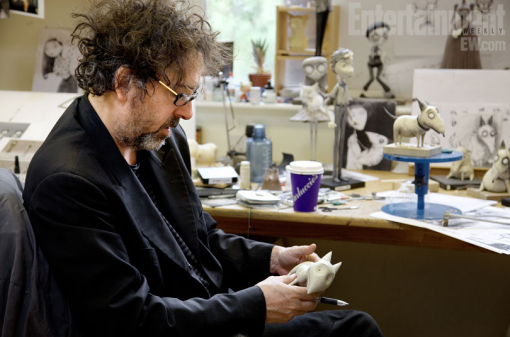 The prolific director also talked about how Disney fired him after his short film first came out.

“I don’t know, they got freaked out or something, but they still allowed me to make the film. Even though I was frustrated about the release— or not release of it—it was still a great experience, and did a lot for me, so I couldn’t really complain.” 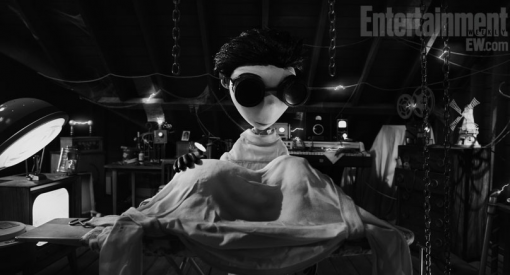 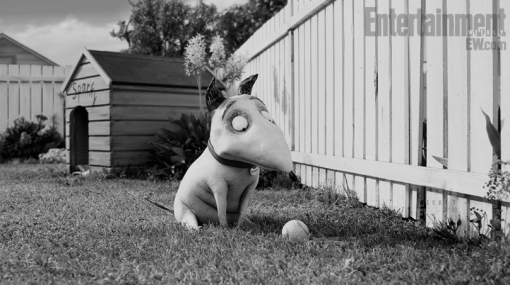 Frankenweenie is produced by the brilliant and talented Don Hahn (The Lion King) and features the voices of Winona Ryder, Martin Short, Catherine O’Hara and Martin Landau. The movie opens Oct. 5, 2012.