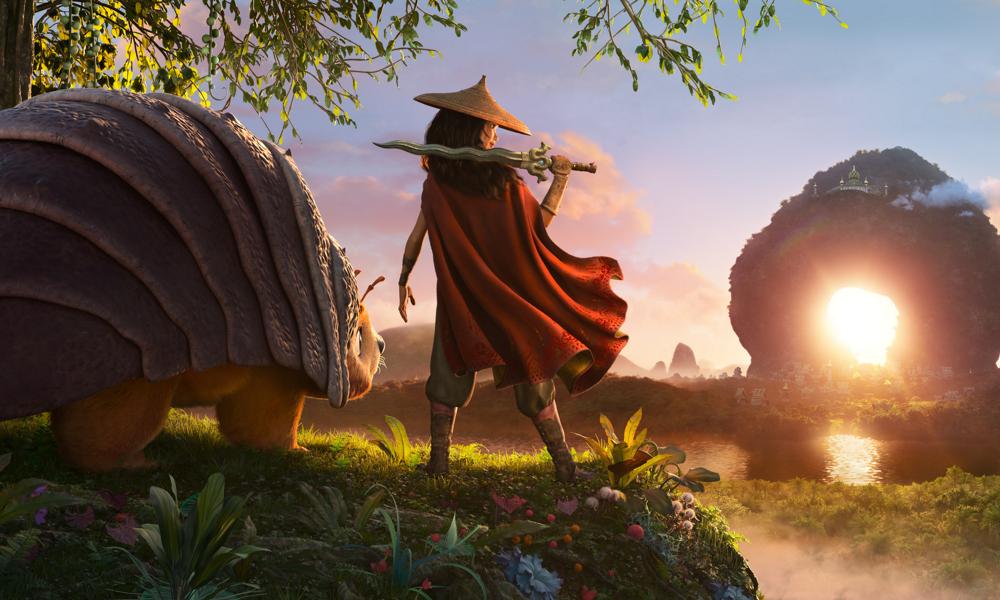 The first teaser for Disney Animation’s big spring movie has finally arrived, and it’s come in with a blur of action, tempered by enchanting mystery and, of course, an introduction to the next big thing in animal sidekicks! The new Raya and the Last Dragon spot introduces us to young heroine Raya, who we see gearing up for a mission and working through an ancient booby-trapped tunnel with the help of Tuk Tuk (described by the studio as “part pill bug and part pug”) to unlock a mysterious chamber and face its masked guardian.

As the footage rolls on, we see glimpses of Raya’s journey, the places and people audiences will watch her encounter. (You’ll also see the best possible eco-friendly transportation option.)

“My whole life, I trained to become a Guardian of the Dragon Gem… But this world has changed, and its people are divided. Now, to restore peace, I must find the last dragon.

Synopsis: Long ago, in the fantasy world of Kumandra, humans and dragons lived together in harmony. But when an evil force threatened the land, the dragons sacrificed themselves to save humanity. Now, 500 years later, that same evil has returned and it’s up to a lone warrior, Raya, to track down the legendary last dragon to restore the fractured land and its divided people. However, along her journey, she’ll learn that it’ll take more than a dragon to save the world — it’s going to take trust and teamwork as well.