The fuzzy hustle and bustle of a modern mammal metropolis is on display in the new poster for Disney’s upcoming Zootopia, coming to theaters March 4, 2016. Disney is also spreading the hype through the Countdown to Zoo Year’s Eve, which is running down the clock toward a special surprise at the end of the year: disneyzootopiamovie.tumblr.com

Officer Judy Hopps (voice of Ginnifer Goodwin), the very first bunny on Zootopia’s police force, jumps at the opportunity to crack her first case—even if it means partnering with fast-talking, scam-artist fox Nick Wilde (voice of Jason Bateman) to solve the mystery. 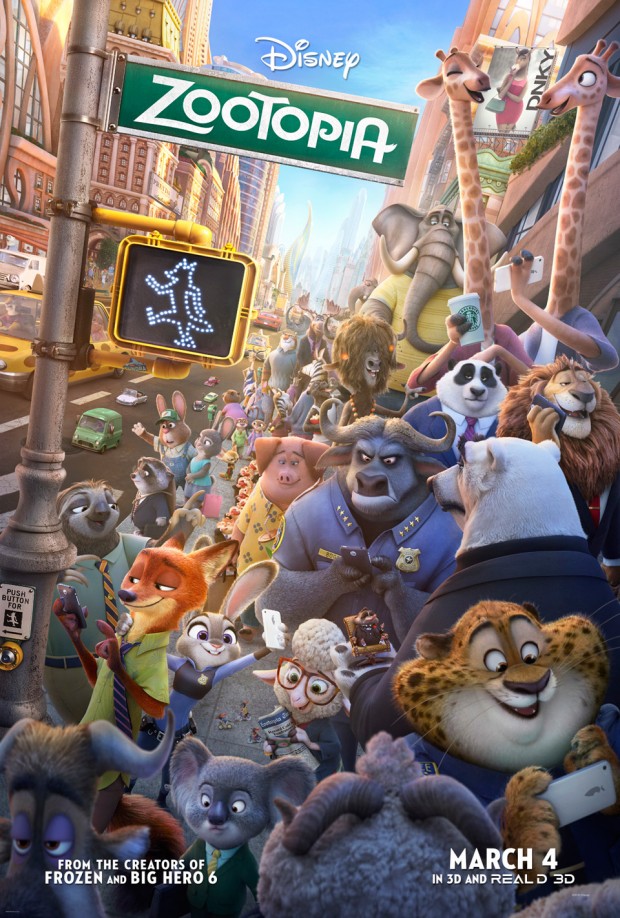