Just announced as one of the 10 shortlisted contenders continuing along the Oscar race, Walt Disney Animation’s new theatrical short Inner Workings arrives in cinemas today, playing ahead of the feature CG adventure Moana.

Directed by Leo Matsuda — story artist on the studio’s Zootopia, Big Hero 6 and Wreck-It Ralph — the film co-stars a man and his organs: The heart and its lung buddies are driven by emotion and spontaneity, pulling the rest of the body along in search of instant gratification. The brain is a tedious task-master trying to curb these outbursts of frivolity so its host can focus on his mundane job.

Check out the new teaser trailer and decide for yourself whether his head or his heart will win out. 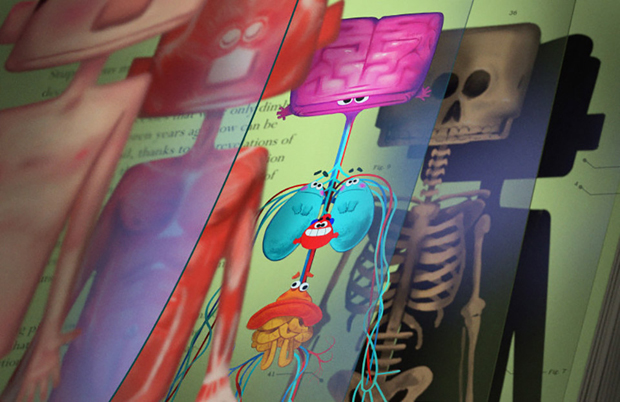