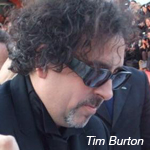 Frankenweenie — Burton’s feature-length remake of a short film he made in 1984 — has moved from its planned March 9, 2012, release to the more Halloween-friendly date of Oct. 5, 2012. The stop-motion film features a voice cast that includes Winona Ryder, Martin Landau and SCTV alumni Martin Short and Catherine O’Hara. Frankenweenie will be released in Disney Digital 3D.

John Carter of Mars, based on the novels of Edgar Rice Burroughs, moves up from a June 8, 2012, release to March 9, 2012. Directing and co-writing is Andrew Stanton, who had a hand in pretty  much every Pixar film to date and directed both Finding Nemo and Wall-E. The film stars Taylor Kitsch as the space-traveling hero and Lynn Collins as the princess, Dejah Thoris.