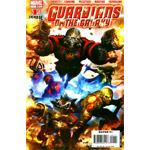 The upcoming feature adaptation of Marvel’s Guardians of the Galaxy comic-book has a new release date. Disney announced on Thursday that the movie will now be released on August 1, 2014 instead of May 16, 2014 as it was previously announced. It has been reported that the evil Thanos, the large purple aliens that were featured in the end credits of The Avengers will part of the pic’s plotline. The central heroes of the franchise are Adam Warlock, Drax The Destroyer, Gamora, Rocket Raccoon, Groot, and Phyla-Vell/Quasar.

Disney and Marvel also announced that they are working on an animated feature film based on the comic book series Big Hero 6. Meanwhile, fans are getting ready to catch scenes from the upcoming Iron Man 3 movie (May 3, 2013) at next week’s Comic-Con, which will feature a big panel with actor Robert Downey Jr. and director Shane Black. Thor 2 is scheduled to come out on November 8, 2013 and Captain America is slated for April 4, 2014. 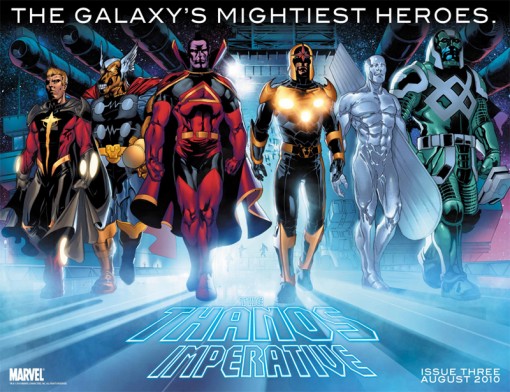