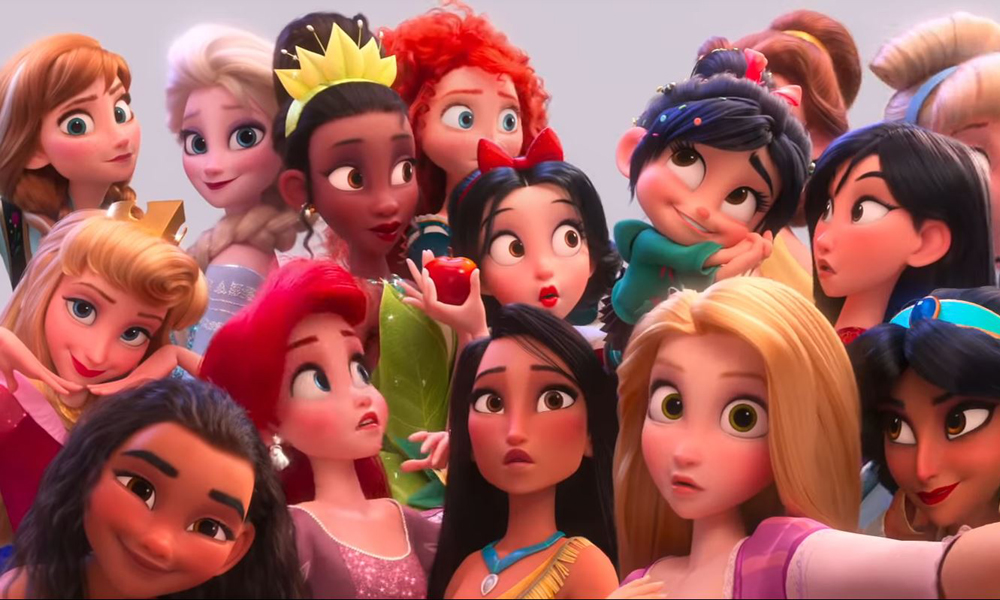 Walt Disney Animation Studios is taking another pass at the CG interpretation of its first black princess, following wide backlash to the character Tiana’s lightened skin tone in early images and video clips of the Disney Princess appearances in Ralph Breaks the Internet. According to the Wall Street Journal, the studio has responded to the charges of colorism by reanimating the character ahead of the sequel’s release on Nov. 21.

In a win for onscreen representation, the latest trailer does indeed give a glimpse of Tiana looking more like her old self (in the group photo bit at 1’28”).

The first images and footage of the Disney Princesses as they appear in Ralph‘s internet world were released in May, followed by a shot of the royal squad lounging published by EW. While some fans were excited to see Tiana with curly hair, backlash quickly swept across social media as people pointed out that the history-making character’s skin color appeared much lighter than in her 2009 movie The Princess and the Frog, and that her facial features and hair color/texture had been made more European looking.

Y’all don’t understand how important Princess Tiana is to Black girls. We finally had a Disney princess that looked like us, and now, she doesn’t. They gave her Eurocentric features and turned her into a racially ambiguous woman. It’s a no from me, dawg.

Civil rights nonprofit Color Of Change boosted the fan reaction, creating a petition to Disney and reportedly meeting with the studio to talk over the concerns. In a statement to TeenVogue, Color Of Change sneior campaign director Brandi Collins-Dexter said:

“Disney’s decision to restore Princess Tiana’s image to that of an unapologetically Black princess with full lips, dark skin and dark hair in Ralph Breaks the Internet: Wreck-It Ralph 2 is a victory for Color Of Change members, Black children and their parents, and Black audiences who want to see the variety of shades, shapes and sizes of Black characters accurately represented in the arts … By redrawing Princess Tiana — Disney’s first and only Black princess — in Ralph Breaks the Internet as she was in Princess and the Frog, Disney has shown its commitment to addressing the concerns of Color Of Change members and the Black community. Disney is an incredibly powerful and influential company and its decisions have far-reaching implications for other companies that provide entertainment for children and adults around the world.”

Amidst the reaction to Tiana’s Euro-cized treatment, some also pointed out that Disney’s first (and only) Native American princess, Pocahontas, had much lighter skin in the first Ralph trailer than in her own 2D movie from 1995. Happily, she also appears to have regained some color in the new spot.