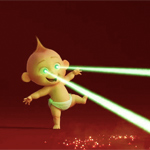 “You know that at the end of the first movie when he comes up and you see the family dressed as superheroes, well that’s where [we] start this movie,” Pixar head John Lasseter said at this year’s D23 Expo. “Meanwhile Elstigirl will find herself at the forefront of the action, while Bob has to stay home facing his biggest challenge yet,” added Bird.

According to the film’s official synopsis, “It’s a tough transition for everyone, made tougher by the fact that the family is still unaware of baby Jack-Jack’s emerging superpowers. When a new villain hatches a brilliant and dangerous plot, the family and Frozone (voice of Samuel L. Jackson) must find a way to work together again—which is easier said than done, even when they’re all Incredible.”

The original Incredibles movie proved to be a huge success for Pixar in 2005, grossing $633 million worldwide. The film posted the second-largest opening at the time for an animated feature. In addition to The Incredibles, Bird helmed two of the most popular and acclaimed animated movies of the past two decades, Pixar’s Oscar-winning Ratatouille (2004) and Warner Bros.’ 1999’s cult classic The Iron Giant. The new Incredibles sequel is produced by John Walker (The Incredibles, The Iron Giant) and Nicole Paradis Grindle (Sanjay’s Super Team). Production design is by Ralph Eggleston and music is by Oscar-winner Michael Giacchino (Up).

Incredibles 2‘s crime-fighting days will begin in theaters on June 15, 2018. 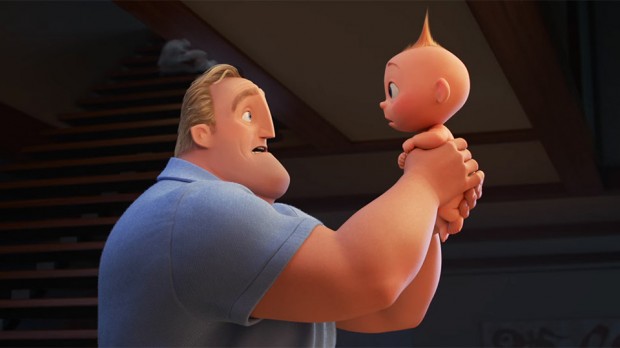