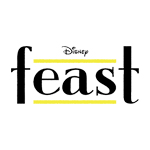 Disney has revealed a first look at its brand new animated short Feast, which will be making its world premiere at the Annecy International Animated Film Festival on June 10. Directed by first time helmer Patrick Osborne, who served as head of animation on the studio’s acclaimed Paperman short, Feast tells the story of one man’s love life as seen through the eyes of his best friend/dog, Winston, and revealed bite by bite through the meals they share. The short will open in theaters in front of Disney’s upcoming comics-inspired actioner Big Hero 6 on November 7.