Disney is ramping up promotion for its upcoming live-action/CG hybrid take on The Jungle Book, arriving in 3D, IMAX and standard theaters on April 15. Together with Tumblr, the studio has launched a new, immersive site for the film with a couple of interesting features: Words to Live By – the bare necessities for a man cub to survive; and In the Face of Danger – what you need to know about Red Flower and Shere Khan.

In the new clip, “Man is forbidden,” we get to see the skulking Shere Khan (voiced by Idris Elba) confront the wolf pack which has adopted the “man cub” Mowgli (Neel Sethi).

You can read more about the VFX and character animation work on The Jungle Book in the April issue of Animation Magazine, available soon. 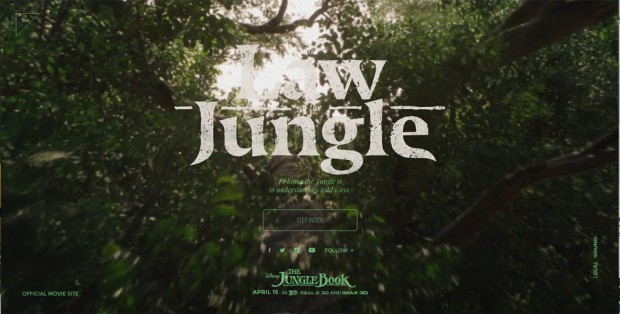