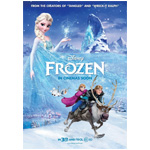 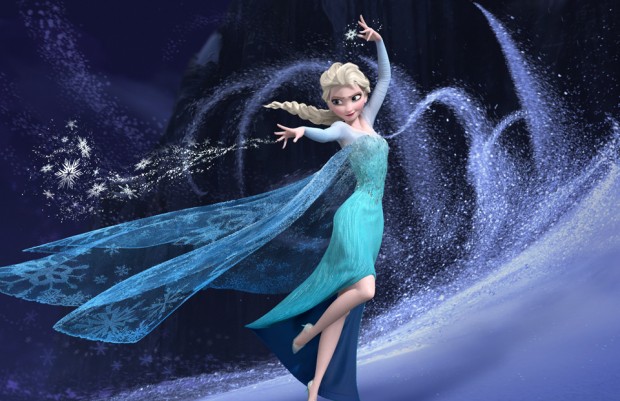 The haunting tale of Hans Christian Andersen’s Snow Queen has been kicking around Disney since the 1940s, when Walt Disney himself was considering a full-fledged animated feature based on the story. The problematic fairy tale, which was first published in 1845, has lots of great imagery and is really about the healing power of love against a cold-hearted villainess who separates the story’s hero and heroine. But the story’s characters are not really fully developed and the plot doesn’t exactly lend itself easily to the demands of modern moviegoing audiences.

Luckily, a new version of the story, which reaches theaters this month, is quite different from the original Scandinavian tale. Thanks to the team at Disney, which went back to the drawing board despite several false starts through the years, the new 3-D, CG-animated feature Frozen has kept the original message, but built a delightful new storyline and appealing characters that are bound to entertain audiences this holiday season.

Directed by Chris Buck (Tarzan, Surf’s Up) and Jennifer Lee (screenwriter on Wreck-It Ralph), Frozen explores the relationship between two sisters, heirs to the throne of Arendelle—the optimistic Anna (voiced by Kristen Bell) and Elsa, who has powers she can’t truly control (Wicked star Idina Menzel). Along the way, there are romantic interests, the comic snowman Olaf (Josh Gad) and a colorful cast of characters that provide the film’s heroine with her share of laughs, thrills and chills.

As visually astounding as the movie looks, the directors tell us that finding a way to tell the story correctly and getting to the real heart of the tale were two of the movie’s biggest challenges.

“Chris had pitched the film’s powerful ending early on in 2009, and Ed Catmull said, ‘Change everything if you have to, but you have to earn this ending,'” recalls Lee. “‘If you earn it, they it will be great—but if you don’t, it will suck!’ We knew that we needed to have a much bigger movie to earn that ending. It was a huge undertaking. We also had to really work on the character of Elsa. She started out as a villain, but we ended up with a much more complicated character.”

Buck says they knew that the message of the movie involved an act of true love. “Our solution ended up being elegant and simple,” says the veteran director. “We knew we had to do it in such a way that rang true and felt real from everyone’s points of view. The theme didn’t change…it shifted from romantic love to fear versus love.”

As behooves a 21st century animated heroine, Frozen‘s Anna is not the typically pristine, perfect princesses we used to see dancing with birds and squirrels in older Disney classics. She makes hasty decisions, is not afraid to joke around and look foolish, and is able to survive numerous hardships and heartaches along the way.

“Anna is strong and fearless, in her own way, but she also has flaws,” explains Lee, who has the distinction of being the first woman to direct a Disney animated feature. “She’s really evolved along the way, becoming what she’s meant to be: empowered, yet playful with her own sense of humor. She reminds me of a lot of the girls I grew up with, and Kristen [Bell] also brought a lot of those qualities to the character.”

Since Andersen’s tale is set in Scandinavia, the Frozen team based the details of the kingdom of Arendelle on Norway as well as the physical details of the winter season in Wyoming. As art director Mike Giaimo, who also worked on Disney’s Pocahontas, points out, “We wanted to create an intimate world with an enchanting and dynamic setting that would be immediately identifiable…Norway provided us with a cultural background we’d never explored before and we thought, ‘Wouldn’t it be great to blend its dramatic environment, architecture and folk costume aesthetic?’ It feels like a world from a classic Disney movie, but it’s completely new.”

Giaimo used the work of acclaimed cinematographer Jack Cardiff in Black Narcissus and Ted D. McCord’s CinemaScope pastoral scenes in The Sound of Music as inspiration for the movie’s great environmental depictions. As the film’s producer Peter Del Vecho remarks, “This story has an epic scope, with the rare ability to sweep you in—you believe this place exists and feel its magic. That’s what every filmmaker, artist and animator at Disney wants to achieve.”

A key scene in the movie involves Elsa building a dazzling ice palace using her special magic. Members of the production team visited Quebec City to see an Ice Hotel to take notes on how light reflects and plays off snow and ice. “We had at least 50 effects artists and lighting artists working together to create that long shot,” says Lee. “It took about 30 hours to render just one frame; that’s 4,000 computers rendering one frame at a time. That’s why that scene is one of my favorites. It really represents the journey all of us took on that movie.”

Another vital part of bringing the movie to animated life is the music. Thanks to lively songs by Robert Lopez (The Book of Mormon, Avenue Q) and Kristen Anderson-Lopez (Winnie the Pooh), Anna and Elsa’s journey is able to hit all the right emotional notes. They have also delivered one of the comic highlights of the film with their signature song for Olaf the snowman, in which the dim-witted character longs for sunshine. Their contributions to the movie also helped solve some of the storytelling challenges, says Lee. “Each song drives the plot forward and has to be integral to the overall story,” she explains. “They are doing two things at the same time, elevating the emotional stakes and telling the story. Bobby and Christina were great partners, and we were Skyping with them every day for a couple of hours. The songs also had to feel contemporary and fresh. And when we’re telling the story, we had to be very flexible with each other. If you throw out a song, then you lose that narrative, and in turn, if you change the storyline, then the song won’t make sense. That’s why it took about 14 months to get the final songs.”

Now that their labor of love is ready to entertain millions of families around the world, both Lee and Buck are proud of what the talented artists at the Mouse House have achieved. “I love so much of this movie, and there is so much of all of us in every scene, so it’s difficult to just pick one aspect of it,” says Buck. “But if I had to do it, I would pick the sequence towards the end of the movie where the trolls are singing. It was one of the last things we finished and the last song to write. It was the final piece of the puzzle. As we were shaping and shifting the movie around, we always knew that the trolls had to be this final piece. They bring such a significant change through the course of the movie. I just thought we would never get there, and they handled it beautifully.” That’s probably what Uncle Walt had hoped for when he envisioned a movie about Andersen’s ice maiden so many decades ago.

Disney will release Frozen in theaters nationwide on November 27.