Walt Disney Studios’s hearty slate of upcoming live-action takes and twists on some of popular fairytales and classic stories continues to ramp up, with a new trailer for the mash-up fantasy Into the Woods (in theaters December 25) having arrived Friday and principal photography for Alice in Wonderland: Through the Looking Glass (May 27, 2016) beginning this week.

Into the Woods, based on the musical by Stephen Sondheim and James Lapine, is a modern twist on several Brothers Grimm tales, intertwining plots and exploring the consequences of the characters’ wishes and quests. The adventures of Cinderella (Anna Kendrick), Little Red Riding Hood (Lilla Crawford), Jack and the Beanstalk (Daniel Huttlestone) and Rapunzel (MacKenzie Mauzy) are tied together by an original story involving a baker and his wife (James Corden, Emily Blunt), their wish to begin a family, and the witch who curses them (Meryl Streep).

This week, the top-notch production team and all-star cast of Alice in Wonderland: Through the Looking Glass will begin shooting on this new film that travels back to Underland and back in Time to re-explore Lewis Carroll’s strange, enchanting world. James Bobin (The Muppets, The Muppest Most Wanted) directs the original tale from a screenplay by Maleficent’s Linda Woolverton, who also wrote Tim Burton’s Alice in Wonderland and has worked primarily in animation over her three decade career. Burton serves as a producer alongside Joe Roth, Suzanne Todd and EP John G. Scotti. 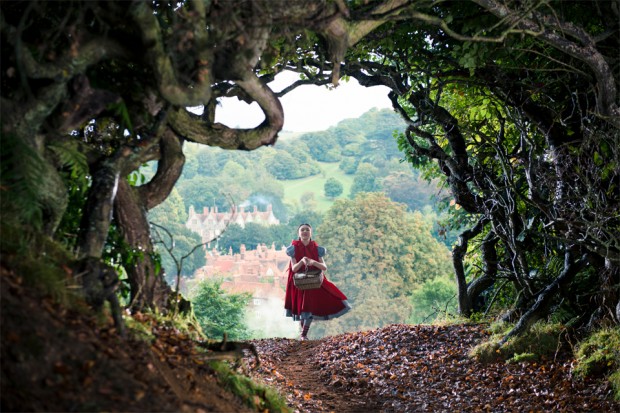