Disney and Pixar learned yesterday that sometimes it’s not such a great idea to trademark the name of your movie. The studio got a huge backlash on Tuesday after trying to trademark “Dia de los Muertos” for the upcoming Pixar animated feature.

After social media critics lashed out against the studio’s attempts to trademark the name associated with the popular Mexican November celebration, Disney withdrew its bid.

“As we have previously announced, Disney-Pixar is developing an animated feature inspired by the Mexican holiday Dia de los Muertos,” the studio said in a statement. “Disney’s trademark filing was intended to protect any potential title for our film and related activities. It has since been determined that the title of the film will change, and therefore we are withdrawing our trademark filing.”

Interestingly enough, that’s not the only Day of the Dead-themed animated feature in the works. Reel FX is also working on a similarly themed CG-animated feature produced by Guillermo del Toro (Pacific Rim) and directed by Jorge R. Gutierrez, co-creator of Nickelodeon’s Emmy-winning animated series El Tigre: The Adventures of Manny Rivera. The script, which is penned by Gutierrez and Doug Langdale, is described as  a Romeo & Juliet-style love story set against the Mexican holiday. The Reel FX feature is slated to open in the fall of 2014. 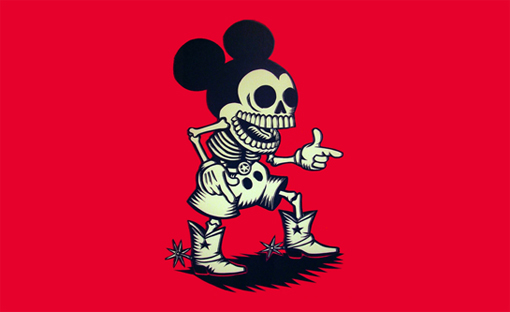