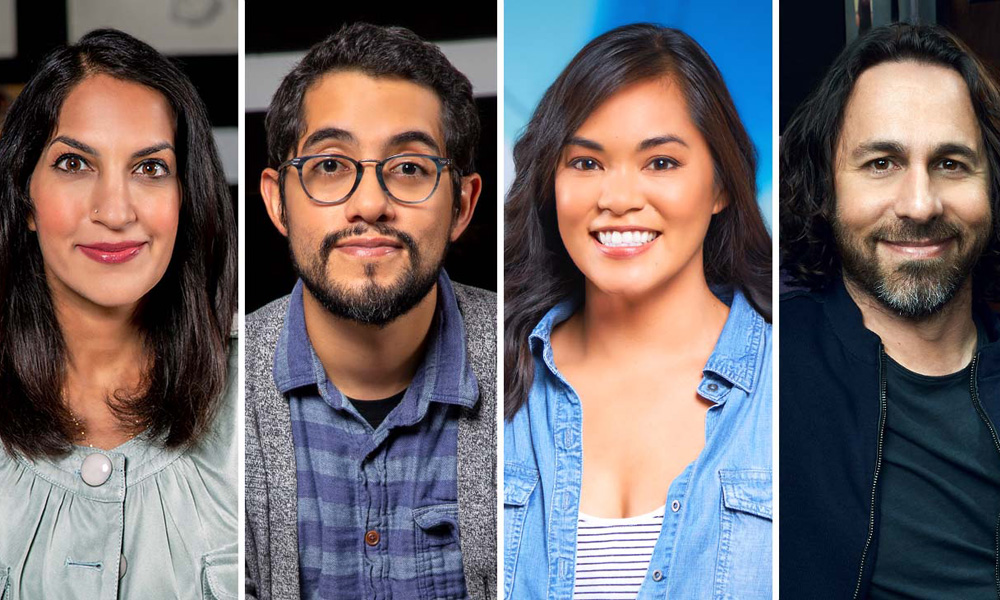 “Carlos and Suzi are two incredible, inventive filmmakers who have both received acclaim for their work. Josie and Marc, master, lead story artists, have been instrumental in shaping such films as Zootopia and Frozen 2. We are so thrilled to have these four talented artists join our 96-year-old studio as directors and help us build the stories of our future — adventures in completely original worlds, stories from around the globe, and the next generation of musicals.”

The announcement comes as Lee seeks to bring more diversity and inclusion to the studio both on the screen and behind the scenes, such as with upcoming feature Raya and the Last Dragon, inspired by the Southeast Asian cultures, which is being directed by Adele Lim (Crazy Rich Asians) and voice stars Awkwafina and Cassie Steele.

In addition to the Duplass Brothers’ Unlovable, Yoonessi helmed the Scooby-Doo live-action prequel Daphne & Velma for Warner Bros. and broke out with award-winning indie feature, Dear Lemon Lima, based on her short film. Yoonessi has also directed shorts for Funny or Die, and earned a Daytime Emmy nomination for digital drama series Relationship Status.

Trinidad joined Disney in 2004, working as a story artist on the Goofy short How to Hook Up Your Home Theater, 2D feature The Princess and the Frog, Tangled and Wreck-It Ralph, adding a “story by” credit for Zootopia and leading the story team on Ralph Breaks the Internet. She has also occasionally popped into the recording booth for a bit of voice over.

Currently story director on Frozen II, Smith has been with the studio since 1993, when he started as an intern and in-betweener and worked his way up the ladder. He was tasked with animating characters including Hercules and Kuzco (and his llama form) in The Emperor’s New Groove, and was a story artist on Tangled before taking the lead on Big Hero 6 and Zootopia.

Etrada’s debut feature film, Blindspotting, premiered as the opening night screening at Sundance 2018 — the picture earned him a Directors Guild Award for first-time directing and a spot on Variety’s 10 Directors to Watch list. He recently directed an episode of Marvel universe series Legion, and has helmed music videos for Billie Eilish, Carly Rae Jepsen, Father John Misty and George Ezra.