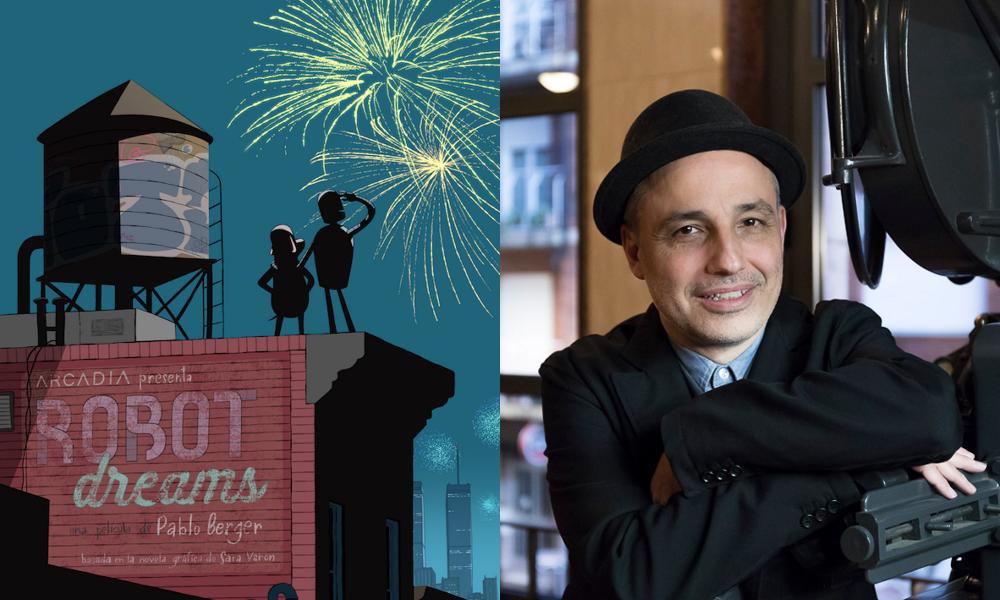 Celebrated Spanish director Pablo Berger will be making his first foray into animation at the helm of Robot Dreams — a new European co-pro based on the popular graphic novel by American author/illustrator Sara Varon. The film is scheduled to arrive in theaters in 2023, distributed by BTeam Pictures.

“Many of my favorite films are animated,” Berger shared. “From Disney’s Fantasia, Ghibli’s My Neighbor Totoro, Pixar’s WALL-E or recent European animated films such as Persepolis, My Life as a Zucchini or I Lost My Body. With this film, I want to explore the narrative possibilities of this medium.

Robot Dreams is a charming story about a dog and a robot which demonstrates the power and fragility of relationships. After a trip to the beach leaves his robot friend rusted and immobilized in the sand, the dog must return alone to the life they shared. As seasons pass, the dog tries to fill the emotional void left by this loss with a series of doomed friendships — while the only relief the robot can find is in dreams.

With a budget of more than 5 million euro, Berger intends to transform this poignant story into a sensory experience for the screen, and a love letter to 1980s New York — the city that was the director’s adoptive home in his youth.

Robot Dreams is a production of Arcadia Motion Pictures (Spain), in co-production with Noodles Production and Les Films du Worso (France), with the participation of RTVE and Movistar+ and the support of ICEC-Generalitat de Catalunya, the Basque Government, the CNC – Avance sur recettes program and MEDIA’s Creative Europe.