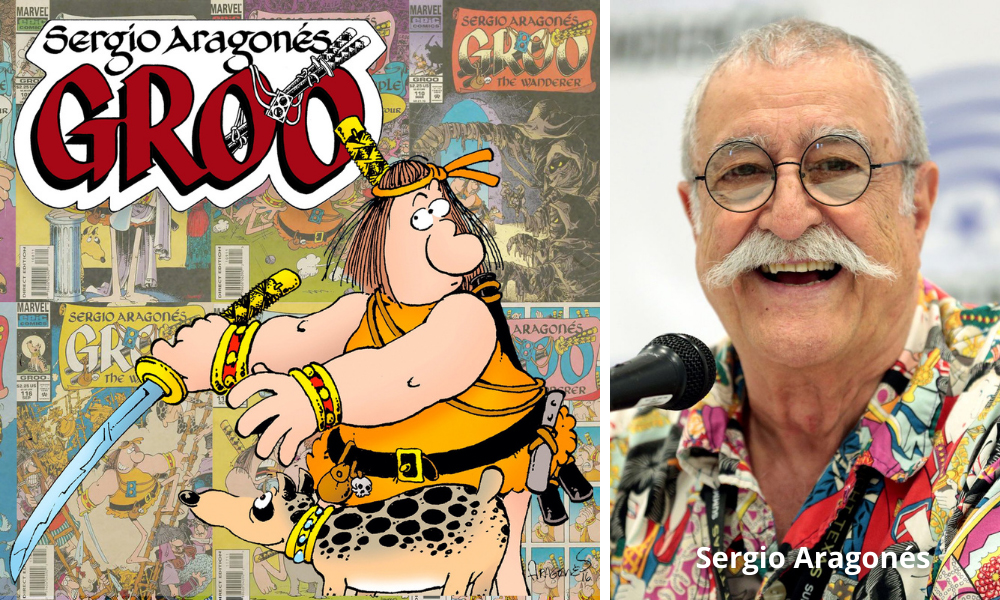 Entrepreneur Josh Jones has acquired the animated film and television rights to Groo the Wanderer, legendary cartoonist Sergio Aragonés’ beloved comics character, with the intent of producing the character’s first-ever animated entertainment via Jones’ Did I Err Productions company.

Groo the Wanderer, now in its landmark 40th year of publication, is the longest currently-running independent and “creator-owned” comic-book property — outlasting many of the companies that published it. The brainchild of Aragonés, who creates the stories along with wordsmith Mark Evanier, the Eisner Award-winning comic has been published by Dark Horse Comics since 1998.

Jones and his Did I Err partner Scott Nocas will serve as executive producers on the film and/or series, with Aragonés and Evanier. Did I Err is focused on partnering with creative talent who understand Aragonés’ vision and characters. Projects are being packaged for streaming services and global distribution, with Did I Err able to co-finance as needed.

“After drawing and living with Groo for so many years, so many comics, so many pages, you can imagine I have drawn Groo in every position imaginable,” Aragonés explains. “Mark and I wondered so many times how he — Groo, not Mark — would look animated. We studied what we have seen on the screen by different animators and laughed plenty. Now, I know that we are going in the right direction and I can assure the fans that they will love Groo the way Mark and I do.”

Groo the Wanderer follows the exploits of a barbarian warrior who is invincible in battle,

but negotiates his days with an I.Q. three points lower than a boulder. With his trusty canine sidekick Rufferto, he wanders an ancient land of mystery, magic and mayhem, looking only for a warm place to sleep, a few coins or a taste of cheese dip.

“I’ve loved Groo the Wanderer since I was eight years old, and to have the honor of bringing the character to on-screen life is, quite literally, a lifelong dream come true,” Jones says. “Sergio’s style, the characters, the world, and especially the humor have always appealed to me. I just want to help bring what I’ve loved for so long to the next generation!” 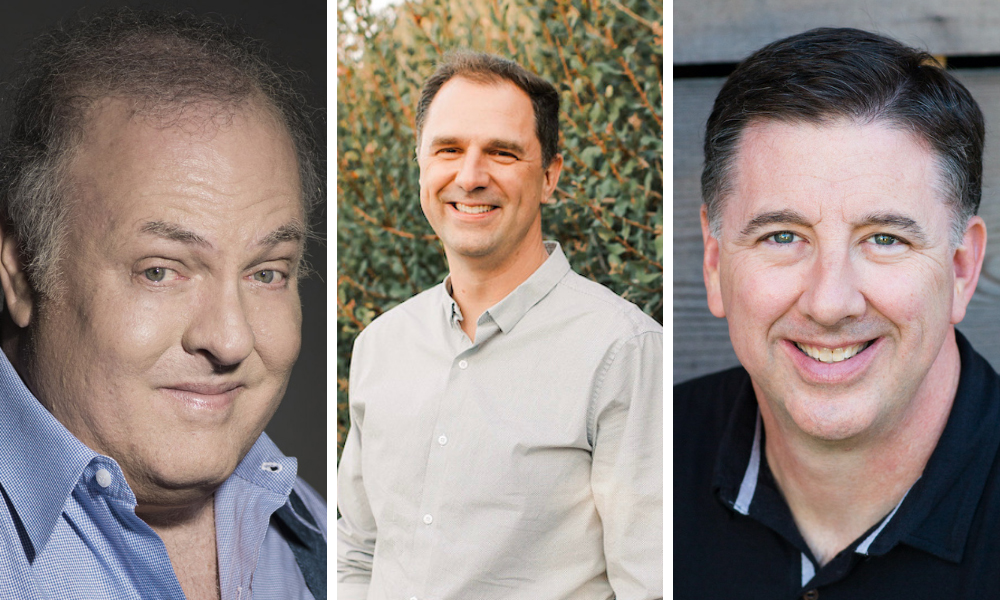 Jones’ wide portfolio of businesses go far beyond his role as the head of Did I Err Productions: The visionary entrepreneur also owns and operates Kill Capital, a hybrid VC firm and family office; Gondola Ventures, a transportation infrastructure firm; FlyCoin, a crypto rewards program; and Ravn Alaska and its sister airline Northern Pacific Airways. Jones became a Bitcoin proponent in 2010 and has built an outstanding reputation throughout the cryptocurrency industry as a prolific investor and technical expert. He also co-founded DreamHost, a popular web hosting provider, while an undergraduate at Harvey Mudd College. He is a founder of HMC INQ, an investment network offering mentorship and startup support to HMC students and alumni. He currently serves on the board of Represent.Us and The Aquarium of the Pacific.

Aragonés is the most honored cartoonist on the planet, having won every major award in the field, including the National Cartoonists Society’s Reuben Award and the Will Eisner Hall of Fame Award. His irresistible cartoons have appeared in MAD since 1963, including as the subject of “All-Sergio” special editions of the magazine. His artistic creations have been seen in DC Comics, Marvel Comics and just about every major publisher of funnybooks, and his work has been translated into more than 100 languages. Paperback collections of his work and graphic novels have sold into the millions.

Evanier is renowned for his writing in several mediums. The Los Angeles native has written comic books for the characters of The Walt Disney Studios, Warner Bros. Studios and Hanna-Barbera, and the three-time Emmy Award nominee’s robust resume of television writing for both live-action and animated series includes Welcome Back Kotter, That’s Incredible, Pryor’s Place, the Scooby-Doo franchise, Superman: The Animated Series, Thundarr the Barbarian, Dungeons & Dragons, Garfield & Friends and The Garfield Show. An assistant to comics legend Jack Kirby, Evanier honored his one-time employer in 2008 by writing a book entitled Kirby: King of Comics. Evanier has earned several Eisner Awards and was honored with the Lifetime Achievement Award for Animation Writing by the Writers Guild of America.

Growing up a huge comic-book collector and Groo fan, Nocas has a long career investing in and launching media, consumer and education businesses. He has launched and produced content for next-generation platforms and communities with Xbox, Sony, Vuguru, Marvel creator Stan Lee, the Smithsonian Institution, the U.S. Army and many others. Nocas currently serves as Managing Director of Jones’ Kill Capital, and as a venture partner with NextGen Ventures — in addition to his producer role with Did I Err Productions.

In preparation for the anticipated production(s), the franchise’s website – Groo.com – has been refreshed, and fans can keep up with the latest Groo news and connect with fellow members of the Groo community on Twitter (twitter.com/OfficialGroo), Instagram (www.instagram.com/officialgroo), Facebook (www.facebook.com/Officialgroothewanderer) and YouTube (www.youtube.com/c/GrooTheWanderer).