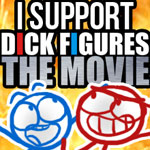 The fans have spoken, and the sassy minds behind the sassy stickmen of Dick Figures are listening. The hit web series created by Six Point Harness Studios for Mondo Media’s YouTube channel (Mondo Mini Shows) has reached their Kickstarter funding goal for Dick Figures: The Movie.

The campaign launched on May 31 of this year and overreached its $250k goal to produce a half-hour animated special with four days remaining.

“Clearly the fans have spoken by pledging and supporting this project,” says Brendan Burch, CEO of Six Point Harness Studios. “Dick Figures became successful because of the show’s fans, they’re amazing, and now we’re excited to deliver on our promise to make this awesome movie.”

Written and directed by dynamic duo Ed Skudder and Zack Keller (who were selected as two of our Rising Stars of Animation 2011); the web series follows stick figure pals Red and Blue who make up for what they lack in smarts and sex appeal by making really, really bad decisions. Dick Figures has amassed over 140 million views on the Mondo YouTube channel in just over a year, producing four 10-episode seasons and becoming the highest rated, most-viewed animated show on YouTube.

You can still contribute to the campaign (and qualify for nifty rewards) by visiting its Kickstarter Page before July 16. Be sure to watch their hilarious pitch video! 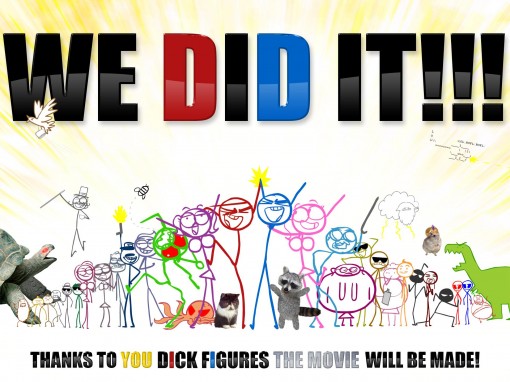 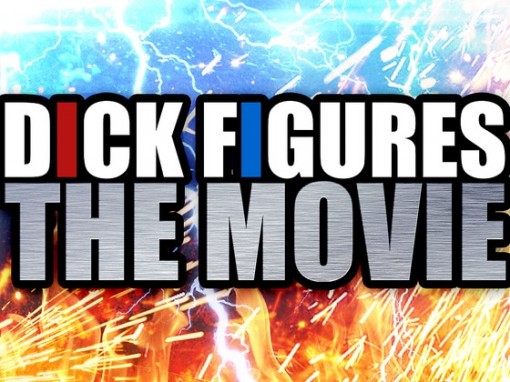