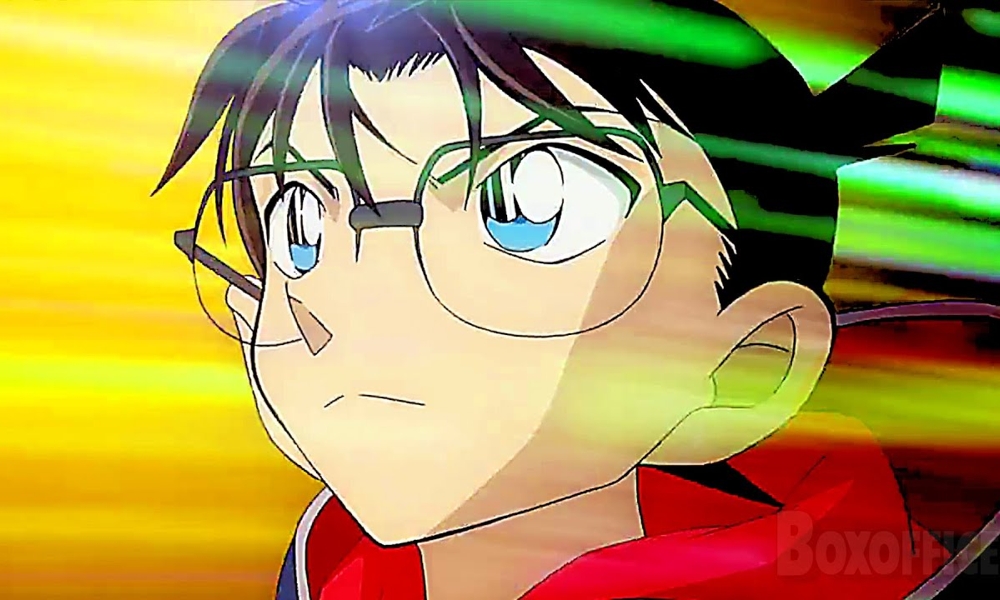 There’s a new kid on the global box office block: Over the weekend, the new Toho anime feature Detective Conan: The Scarlet Bullet swooped in as the top taker, pulling ahead of smash hit Godzilla vs. Kong and knocking the kaiju brawling actioner out of first place for the first time in weeks. The 24th Detective Conan movie premiered in Japan, China and additional markets to the tune of $37 million. According to the film’s official Twitter, the latest installment scored 2.2 billion yen (~$20.5M USD) in Japan. The film also debuted at No. 1 in China with an estimated $16.8M. Like Demon Slayer -Kimetsu no Yaiba- The Movie: Mugen Train, The Scarlet Bullet lit up IMAX screens in Japan with $1.2M, the fourth biggest open for a local title.

Originally slated for release last year, Detective Conan: The Scarlet Bullet is the latest anime feature based on Gosho Aoyama’s Case Closed manga, which started in 1994. Themed to the delayed 2020 Tokyo Olympics, the movie takes place as the Japanese capital prepares to host the “World Sports Games,” including the debut of a new Hyperlinear bullet train. But as the world watches, disaster strikes: a series of sponsor company leaders are kidnapped… and Conan is on the case. The movie is produced by TMS/V1 Studio and directed by Tomoka Nagaoka (Detective Conan: The Fist of Blue Sapphire.

Back to the big box-office heavyweight of the year, WB/Legendary’s Godzilla vs. Kong is getting close to another major milestone, adding another $12.2M from 41 overseas markets to its $300M+ offshore take and bringing the Adam Wingard flick’s global total to $390.2M. GvK pulled ahead of Tenet last weekend to become the No. 1 grossing release of the pandemic in the U.S., and has now taken the title worldwide. In China alone, the pic has earned an estimated $177.1M — making it the highest-grossing Monsterverse entry in that market — and $22M of its $35M IMAX take.

GvK is also blasting the competition domestically, where it maintains the No. 1 title in North America and pulled in another $7.7M in its third frame (domestic cume: $80.5M). The pic is screening in 3,001 theaters in the region and averaged over $2,500 per screen this weekend despite being available to stream on HBO Max for no additional rental fee.

Down Under, Sony Pictures Animation’s Peter Rabbit 2: The Runaway is hopping along, bouncing back into the No. 1 with $2.2M in its fourth weekend, bringing the hybrid family sequel to $13.5M. Elsewhere, Peter and pals got their paws on an additional $2.4M (int’l gross, $14.7M).

Disney’s Raya and the Last Dragon, now in its seventh week, took in another $1.9M domestically through a bit less than 2K theaters for a fourth place finish at the theatrical box office, despite simultaneous availability on Disney+ Premier Access (for a $30 fee). The Southeast Asia-inspired fantasy adventure has quested to a domestic cume of about $37.7M, added to a $58M overseas gross for a worldwide estimate of $95.7M.

And WB’s Tom and Jerry continues to entertain audiences around the globe, pulling another $2.3M from offshore markets this weekend for a worldwide cume of $105.4M ($62.8M int’l). The cat and mouse hybrid comedy also came chasing tail back into the top five domestically this weekend with $1.1M in its eighth week across 2,028 cinemas. The pic had a 31-day free streaming run on HBO Max from its Feb. 26 release.