Illumination Entertainment has dropped a fraternal bombshell with the latest trailer for Despicable Me 3, in theaters through Universal Pictures on June 30. We already got a good look at the moon-walking madman voiced by Trey Parker, Balthazar Bratt, in the previous spot. Now, feast your eyes on Gru’s long-lost twin brother, Dru: a villainous playboy who seems to outshine his reformed brother in every way — especially in the hair department. Both bros are voiced by Steve Carell. 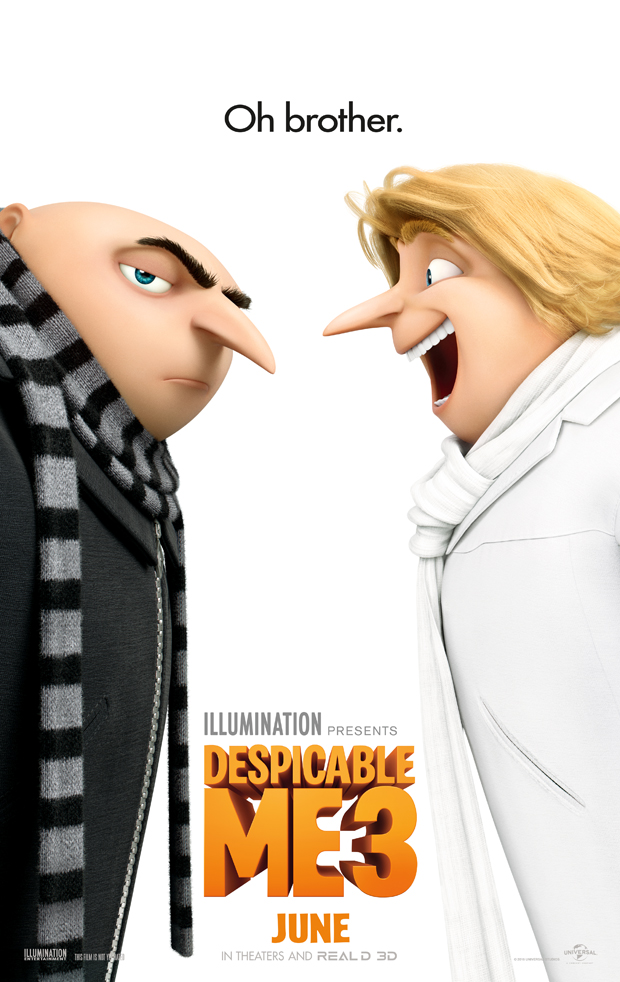