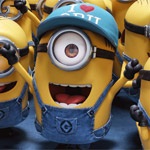 Illumination-Universal’s bad-boy comedy adventure Despicable Me 3 has officially joined the $1 billion box office club. The milestone was hit at the start of the weekend, with Thursday’s take bringing in an additional $741.4M internationally and $259.05M domestically.

DM3 is the third title of 2017 to reach the billion-dollar mark, following Disney’s live-action Beauty and the Beast and Universal’s The Fate of the Furious.

Illumination has developed quite the track record with its animated features, which combined have grossed nearly $6 billion worldwide. DM3 is its second film to take in more than $1B and its third to surpass $900M.