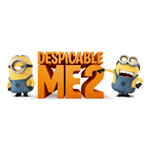 The clever Gru and his lovable Minions displayed their lasting appeal once again as Universal/Illumination’s blockbuster pic Despicable Me 2 became the No. 1 movie at the box office for the third weekend in a row. Directed by Chris Renaud and Pierre Coffin, the film made an estimated $44,754,000 in the U.S., bringing its total cume to $229,237,000. The CG-animated sequel also managed to dazzle the overseas audience with a $243.2 million box office. Overall, the movie has made about $472.437 million worldwide since its U.S. debut on July 3rd.

Meanwhile, Guillermo del Toro’s much anticipated robots-vs.-monsters epic Pacific Rim opened at No. 3 in the U.S., accumulating about $38.3 million Stateside, and an additional $53 million in foreign territories.

Disney/Pixar’s popular Monsters University dropped to the Number 6 position, with an additional $10.6 million at the U.S. box office, making its U.S. cume $267.760 million and its global gross a very healthy $474.160 since its release on June 21.

The next big animated contender to keep an eye on will be DreamWorks Aniamtion’s Turbo which zooms into theaters on Wednesday, July 17. The Hollywood trades have already weighed in all the pic, which is co-written and directed by DreamWorks veteran David Soren and features the voice talent of Ryan Reynolds, Samuel Jackson, Paul Giamatti, Bill Hader, Michael Pena, Maya Rudolph and Michelle Rodriguez.

According to Variety’s Peter Debruge, “Closer in spirit to Pixar’s Ratatouille than anything the folks at DWA have yet made, this endearing underdog story finds the publicly traded computer-animation studio taking a welcome risk. The result is plenty appealing, especially for younger auds, though it will be a stretch for this snail tale to snare the crowd it needs to recoup its nine-figure budget.”

However, The Hollywood Reporter‘s Todd McCarthy was less forgiving. He noted,” An attractively designed but narratively challenged, one-note film that skews younger than the norm for big animated features these days and has limited appeal for little girls, this second Fox release (after The Croods) from DreamWorks Animation since the latter left Paramount looks to do mid-range business with family audiences.” 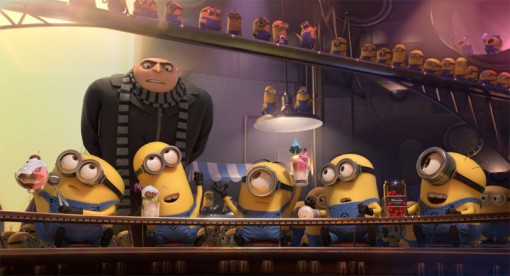