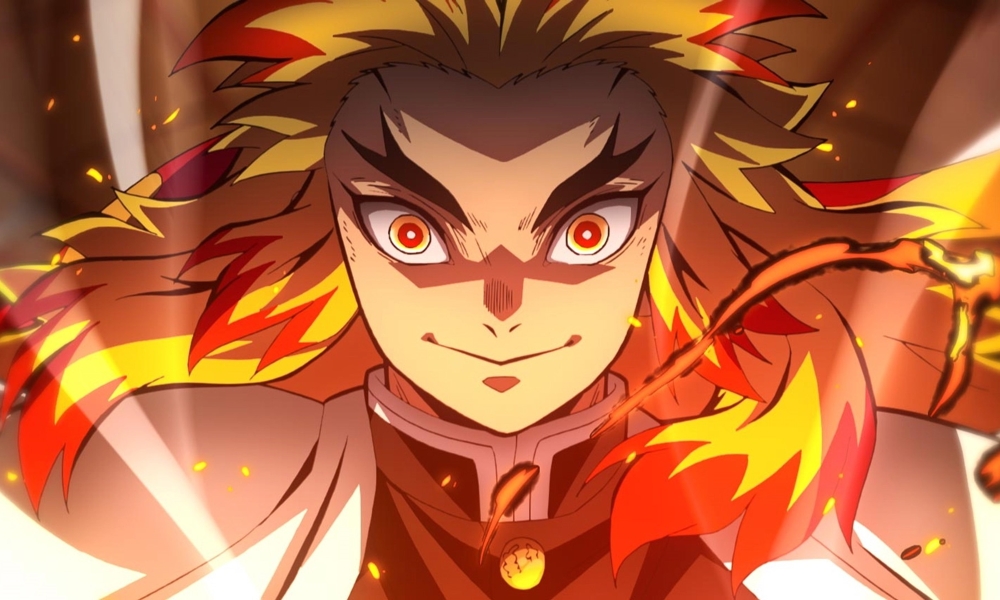 Aniplex of America and Funimation theatrically released the cinematically praised, emotionally charged, and action-packed anime film in both the U.S. and Canada last Friday on 1,600+ screens, which includes in 4DX and on IMAX cinema, and is available in both English dub and subtitled.

“With every milestone reached and every achievement the film has gained, we know that it is all thanks to the fans who have supported the series and the tireless work by the staff and cast,” said Atsuhiro Iwakami, president of Aniplex. “We are truly humbled and honored by how much the film has resonated with people from all over the world and to be able to play a part in nurturing this deep bond we all share as fans of anime.”

“This remarkable film with emotional depth and breath-taking animation has clearly delighted both die-hard anime fans and wider audiences who are hungry for a great movie experience,” said Colin Decker, CEO of Funimation Global Group. “We believe this to be an important mainstreaming moment, not just for the Demon Slayer: Kimetsu no Yaiba franchise, but for the US anime brand overall. Thank you to our partners at Aniplex of America, Shueisha, ufotable and, of course, our community of fans.”

Mugen Train opened in Japan on October 16, 2020 and is now the highest grossing anime and Japanese film (animated or live action) of all time. The film opened on 403 screens (including 38 IMAX theaters), has grossed over $368M at the box offices in Japan and is the most successful IMAX release of all time in the market. The film opened at #1 in Australia and New Zealand last month.

Directed by Haruo Sotozaki featuring the original story by Koyoharu Gotoge with screenplay and animation production by studio ufotable, the movie follows Tanjiro, Nezuko, Zenitsu and Inosuke on a new mission: Together with one of the most powerful swordsmen of the Demon Slayer Corps, Flame Hashira Kyojuro Rengoku, they investigate the mysterious disappearance of over 40 people aboard the Mugen Train.

Fans can also enjoy Mugen Train on EST beginning June 22; pre-orders are open on the movie’s official website and the Funimation Shop.

The anime feature came in second at the domestic box-office only to the highly anticipated video-game actioner Mortal Kombat from Warner Bros., which KOed the competition with a $22.5M debut (the second-highest opening of the year after Godzilla vs. Kong‘s $31M). The live-action pic took in an average of $7,326 per-screen across 3,073 theaters — despite simultaneously streaming for no additional fee on HBO Max — and another $27.6M overseas (worldwide: $50.1M).

WB’s Godzilla vs. Kong was knocked down to No. 3, taking in another $4.2M domestically in its fourth frame with a healthy $1,470 per-screen average even though it is likewise available over HBO Max. The kaiju battling tentpole’s Stateside total now stand at $86.6M, and another $320M in overseas tickets this weekend pushed GvK past the $400M worldwide total.

Bob Odenkirk vigilante shoot-em-up Nobody (Universal) came in fourth with $1.9M in its fifth week. Disney’s Raya and the Last Dragon hung on in the Top Five with nearly $1.7M in its eighth week. The fantasy adventure pulled a $923 per-screen average from 1,819 theaters while being available for a $30 fee on Disney+ Premier Access. The warrior princess stands on a domestic total of $39.8M and a $72.1M offshore take, bringing its worldwide total to approximately $111.9M.