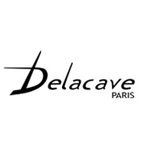 Paris-based Delacave Studio is set to produce a 3D animated movie based on the folklore character Baba Yaga, reports Variety.

The studio has hired Dan Creteur to write the film, as well as design the characters and sets, and direct. Project has a budget of about $12 million and will be presented in the concept stage at Cartoon Movie, currently running in Lyon, France.

Producer Pascal Herold is in talks to reprise the co-production relationship with Belgian company Nexus Factory it enjoyed on its Cinderella 3D feature, and is looking for additional co-production opportunities, Variety reports.

Story reportedly follows a 13-year-old prince who seeks to  save his parents, who have been captured by Baba Yaga, a mean-spirited witch who eats children.

NW Animation Festival in Portland Seeks Entries from All Over
‘Kung Fu Panda 2,’ ‘Puss in Boots’ to Get 3D IMAX Releases