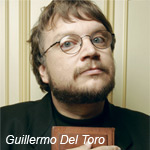 After many months of unconfirmed rumors, Guillermo Del Toro has made it official. He will be co-directing Henson’s upcoming stop-motion adaptation of Pinocchio, with Mark Gustafson (Fantastic Mr. Fox), Variety reports. The project will begin shooting in the summer of 2013.

Originally, the project involved Gris Grimly, who illustrated a 2002 version of the Italian classic, but Del Toro eventually realized that he should helm the project, because of the complexity of the year-long shoot. The new version of the film will be set in Italy, between WWI and WWII. It will follow the puppet’s many adventures as he proves himself to be as indestructible as his love for his father. Matthew Robbins wrote the script and Lisa Henson will produce for The Jim Henson Company with Del Toro and Jason Lust. Nick Cave will handle the film’s music.

According to the story, Del Toro noted that Tom Waits is considered for the role of Geppetto (Pinocchio’s dad), while Donald Sutherland may tackle the Fox’s voice.

“Guillermo has been so passionate about this project from its inception and it is an honor to have him bring his unique blend of live action and animation experience to this well-loved story,” said Lisa Henson, CEO of The Jim Henson Company.

Although this is the first time the Mexican filmmaker will be directing an animated feature, he has served as exec producer for DreamWorks’ Puss in Boots, Kung Fu Panda 2 and the upcoming Rise of the Guardians. 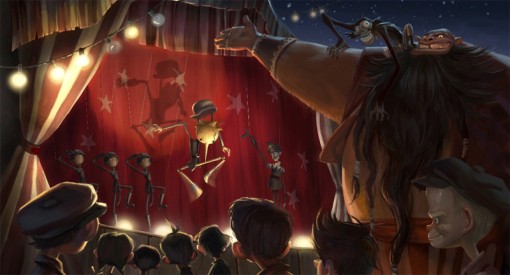 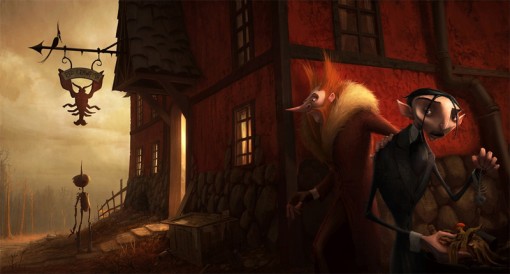 While most audiences are familiar with Disney’s 2D 1940 classic adaptation of Carlo Collodi’s tale about the wooden toy that comes to life, the property has inspired many TV and film projects through the years.

A new European version of the classic is also in the works to be directed by Italian helmer Enzo d’Alo. The project will be produced by Cometafilm (Italy), Iris Productions (Luxemburg), Walking the Dog (Belgium) and 2d3D (France), with Gebeka Films distributing.