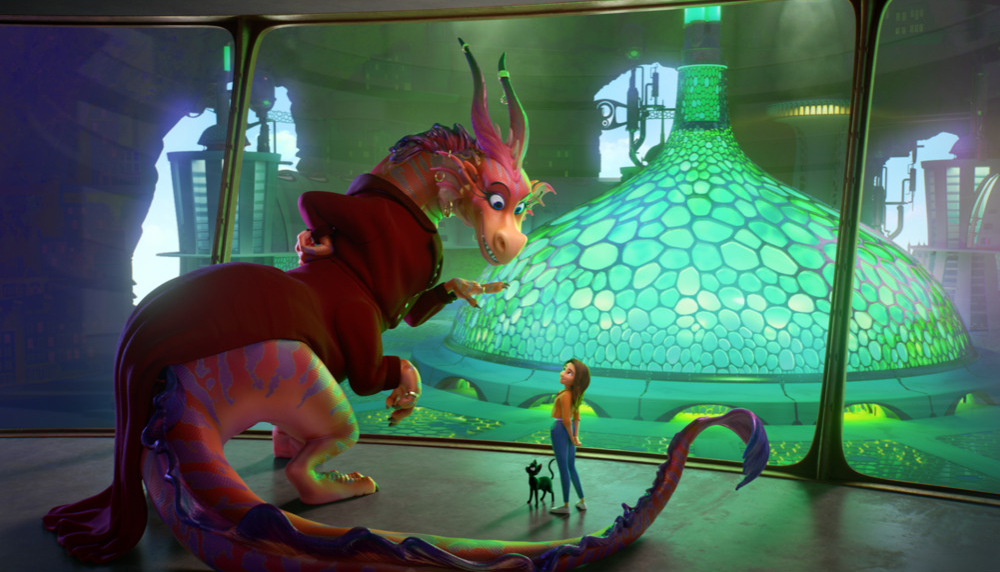 Luck is the story of Sam Greenfield (voiced by Noblezada), the unluckiest person in the world. When she ages out of foster care, Sam discovers the Land of Luck, and embarks on a quest that could change her luck forever, with the help of the magical creatures of this never-before-seen world.

Pegg will provide the voice for “Bob,” a lucky black cat from the Land of Luck, where “The Captain,” voiced by Emmy, Grammy, Oscar and Tony winner Goldberg, stands guard as the Head of Security. Bob becomes Sam’s partner in the quest to find a lucky penny in hopes of preserving his lucky life.

Borg will provide the voice for “Jeff the Unicorn,” a larger-than-life facilities engineer who maintains the magical machine that distributes good and bad luck to the human world and who dreams of one day being reunited with his one true love, The CEO of Good Luck, The Dragon, voiced by two-time Academy Award winner Fonda. Howery will play “Marv,” the owner of the Flowers & More store where Sam gets her first job, who is upbeat, sharply-dressed, and always ready with an encouraging word for unlucky Sam.

O’Donoghue will voice “Gerry,” a loyal leprechaun who adores his job working with Bob at “Arrivals and Departures” in the Land of Good Luck and is the first to volunteer for any task, bringing good cheer wherever he goes. Ratzenberger is “Rootie,” a bad luck root and the self-appointed mayor of Bad Luck, who runs The Lucky Shot, the one and only Bad Luck watering hole, where he specializes in free advice. Spoon will provide the voice for “Hazel,” Sam’s roommate and best friend at the Summerland Home for Girls, who is five years old and believes that she’ll be adopted by her forever family just as soon as she finds a real lucky penny, which Sam is determined to find for her.

The movie was originally set for distribution through Paramount Pictures with a release date of February 18.