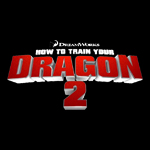 USA Today offers some interesting tidbits about the new character of Valka, voiced by Cate Blanchett in DreamWorks Animation’s How to Train Your Dragon 2. According to the article, Valka is a Dian Fossey-like character who lives in the Arctic and becomes a mentor to the movie’s hero Hiccup (Jay Baruchel).

The film’s director Dean DeBlois ran into the actress during the Academy Awards a few years ago and asked her to be in the sequel.

“She was just standing there,” he recalls “and I said, ‘I’ve written a part for you in How to Train Your Dragon 2.’ You have to seize those opportunities when they present themselves. She’s such a glamorous starlet but, at the same time, this very grounded, super-cool Australian who drinks out of the can.”

The sequel, which takes place five years after the events of the first movie finds our Viking all grown up, but opting for a worldwide adventure on the back of Toothless the dragon. It’s in the Arctic region where he runs into Valka, who saves dragons from traps and hides them away in a refuge away from the evil Drago Bludvist (Djimon Hounsou) and his assistant Eret (Kit Harington).

About the character of Valka, DeBlois says, “Somebody living with the animals and learning to communicate with them in non-verbal ways and becoming much like a dragon herself. Her years of isolation and dealing with nothing but dragons and being very sympathetic to them has made her very distrusting of humans. Hiccup both admires her but sees her as what his life could be like taken to the extreme…Valka’s life is not only learning about all (the dragons’) secrets and ways and living among them, but also playing among them…That’s part of what she can show Hiccup, things he’s never known about dragon behavior.” 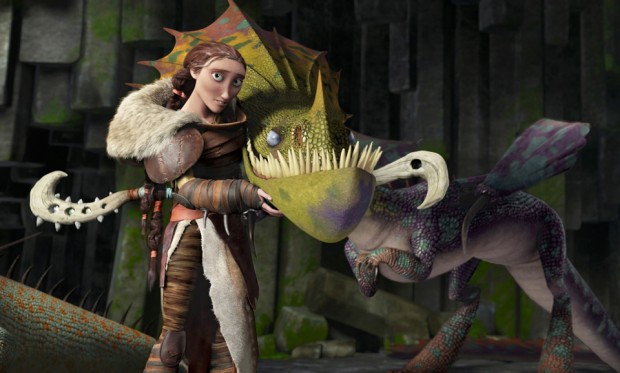