Comcast’s Fox Bid Would Carry Less Antitrust Risk Than Disney’s, Says Comcast-Backed Expert
On the heels of Comcast’s cash offer reveal, Geoffrey Manne (exec director of the nonprofit International Center for Law and Economics) argues in a report: “On its face, and consistent with the last quarter century of merger enforcement by the DOJ and FTC, the Comcast acquisition would be less likely to trigger antitrust scrutiny, and the Disney acquisition raises more straightforward antitrust issues. This is true even in light of the fact that the DOJ decided to challenge the AT&T-Time Warner merger.”

While Disney and Comcast Fight Over Fox, Netflix Is Now Bigger Than Them All
As of Thursday, May 24, the streaming SVOD pioneer has surpassed Walt Disney Co. in market value. Netflix’s market cap rose to about $152.5 billion — the company first went public 16 years ago.

WATCH: ‘Jumanji: Welcome to the Jungle’ | Rodeo FX Breakdown
The Montreal studio crafted 96 shots for the movie, including a range of fierce creatures, matte paintings and digital environments, working alongside the filmmaking team (director: Jake Kasdan) from start to finish. Jerome Chen was VFX Supervisor.

WATCH: ‘Finger Machines’ | Seed Animation
Director Morgan Powell created this hypnotic short in which fleshy, organic bits of machinery get touchy in all manner of oddly unsettling ways. Powell made the short after getting hooked on making similar clips for Instagram: “I realised that it was feeling something physical from watching. This (it turns out) is down to a phenomenon called synaesthesia.” — a perceptual phenomenon when stimulation of one sense creates an involuntary experience with another — “Synaesthesia and empathy go hand in hand- in order to have perceived feeling you will have empathised in order to feel it.” 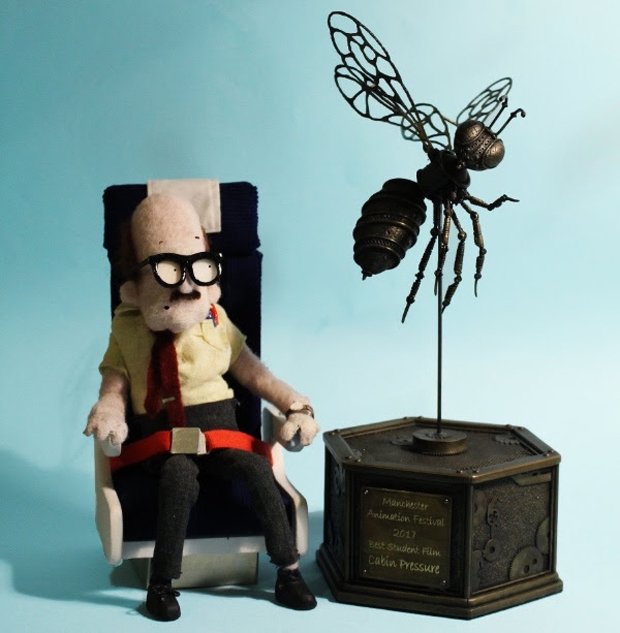