Legendary Voice Actor Kevin Conroy Talks ‘Batman and Harley Quinn,’ Batfleck and Much More
The voice of the Caped Crusader for 25 years says he was drawn back into the DC animated universe by the presence of fan-fave character Harley and a lighter side of the Dark Knight.

‘Star Citizen’ Adding Real-Time Facial Animation System
Cloud Imperium Games is collaborating with Faceware Technologies (read more about them in the October issue of Animation Magazine) to offer first-of-its kind tech that lets you animate your avatar’s face in real-time when you chat with other players in-game. As long as nobody creates a program that automatically detects whether you’re wearing pants IRL or not, that’s fine.

‘Hitman’s Bodyguard’ Repeats at #1 During Worst Box Office Weekend in Over 15 Years
Weinstein’s much-maligned Leap! opened at number 3 with an estimated $5M despite its 2k+ theater release — but, the belle epoque ballerina adventure earned a surprising A from audiences on Cinemascore.

VIDEO: The SpongeBob SquarePants Anime – OP 1
YouTuber and consummate genius Narmak has delivered what you didn’t even know your heart was crying out for: a dramatic, violent, anime-inspired opening sequence which relocates Bikini Bottom in the weeaboo universe. Be sure to check out Narmak’s Channel for more mash-ups, like the two-part “Attack on Ogre” saga… 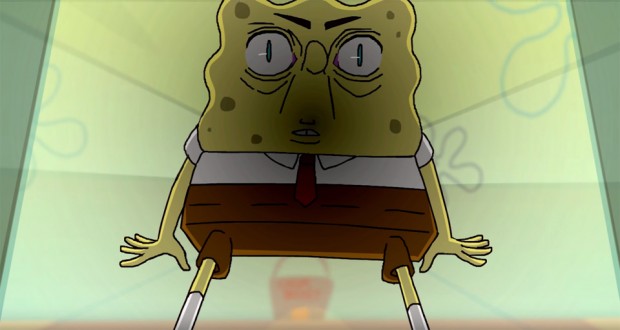