Organizers have also revealed that this year’s Honorary President is former Holland Animation Film Festival head Gerben Schermer. “Since we first met in 1996, Gerben Schermer has been a guiding influence on my own curatorial philosophy at the Ottawa International Animation Festival,” said OIAF Artistic Director Chris Robinson.

With $100 and a Lot of Moxie, She’s Made Her Mark in Animation
NPR’s “Goats and Soda” spreads the awesome story of Jubilanté Cutting, the teenage founder of local nonprofit Guyana Animation Network, which seeks to inspire people to pursue animation, provide some training, and help open career avenues. “I anticipated that it would be a risk and usually risks are worth taking. But I did not anticipate the level of success that I’m seeing,” says Cutting.

‘Oddbods’ in Double Demand!
One Animation’s lovable, hilarious little goofballs continue their worldwide, Emmy-nominated success story as Netflix confirms it is doubling its Oddbods offerings with seven additional hours of episodes, set to roll out starting this month around the world.

“Oddbods has seen phenomenal growth over the past year, and we have a great pipeline of new episodes and new formats in the works to keep up with the demands of our ever Oddbods-hungry fans!” said Sashim Parmanand, CEO of One Animation. “Netflix has proven to be the perfect home and partner for the show, and we look forward to fans having access to some of the great new content we’ve been working on through the platform, wherever and whenever they want!”

‘The Stolen Princess’ Smuggled to Turkey
Following its successful domestic premiere and release in Romania, Ukrainian animated feature The Stolen Princess has arrived in Turkey through Bir Film, translated as “Kayip Prenses.” You can watch the Turkish version of the second trailer here.

Nintendo Extends Play with Jakks
Friends of classic game properties such as Super Mario and Zelda will be stoked to hear that new play sets, plush, vehicles, role play/dress up, novelties and more are making their way to shelves thanks to the new worldwide agreement … No matter what TMI truths about Luigi we may have learned recently.

WATCH: Nomad of Nowhere: Episode 1 – The Dreaded Nomad
Rooster Teeth has launched its latest original animated series on its YouTube channel, following its exclusive premiere on the company’s FIRST platform. The hunt is on for the devious bringer of dark magic: The Nomad of Nowhere. Captain Toth, along with her bright-eyed companion Skout, are hot on the trail of the most wanted man in the world. But when Skout comes face-to-face with the sought-after bounty, she is forced into a difficult situation. 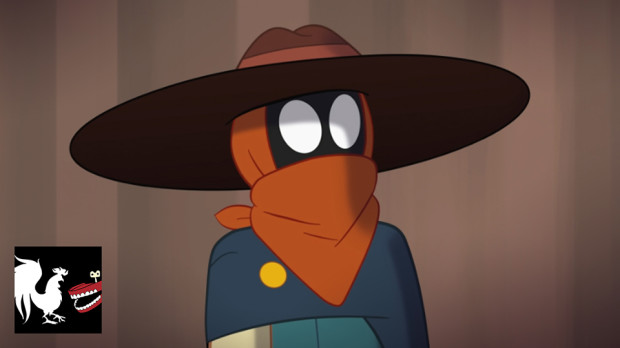 The Nomad of Nowhere