Harryhausen Props & Memorabilia Hit the Block
On December 13, Surrey’s Ewbank’s Auctions will offer up more than 200 lots of special effects and animation legend Ray Harryhausen’s collection — including props, original drawings, prototype models, scripts, letters and posters. The items are consigned by his longtime friend, biographer and film historian Tony Dalton: “This collection is very personal to me because it comes, on the whole, from the hands of the man himself and each item has a memory for me. I hope whoever buys the items will get as much pleasure from them as I have.”

Save the Date: NYICFF Not for Kids Benefit + Auction
Hey New Yorkers: Enjoy a fabulous night of food, drinks and not-quite-kid-friendly short films for a good cause on Jan. 31! Proceeds support the New York Int’l Children’s Film Festival Film-Ed Program, which creates opportunities for low-income communities to experience the festival’s inspiring programs with free and discounted tickets.

‘Lovesick Fool’ Screening at NerdMelt
Hey Los Angelenos: Don’t miss the FREE L.A. premiere of award-winning animated film Lovesick Fool: Love in the Age of Like from adult animation director Dominic Polcino, on Nov. 10. The flick features a star-studded cast and will be followed by a Q&A with Polcino, whose credits include Rick and Morty, Harmonquest, Animals, Family Guy, King of the Hill and The Simpsons.

Making of ‘Negative Space’ Ru Kuwahata and Max Porter’s stop-motion achievement has been winning plenty of praise on the festival circuit. Check out this behind-the-scenes video and read more here. 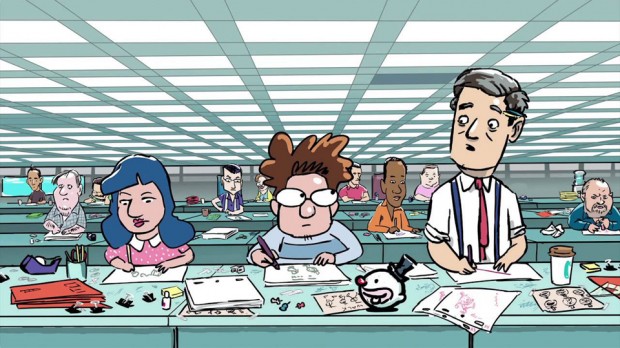