VIDEO: Inside “The Rickshank Redemption” – ‘Rick and Morty’
Series creators Justin Roiland and Dan Harmon, writers Ryan Ridley and Mike McMahan talk us through the season 3 opener which explains what makes Rick tick — or doesn’t. Or whatever. Where’s my beer? (Rick and Morty season 3 premieres this Sunday at 11:30 p.m. ET on Adult Swim!)

Jinkx Monsoon Is Voicing a New ‘Steven Universe’ Gem, Ignites Heated Debate
The RuPaul’s Drag Race winner and big fan of Rebecca Sugar’s LGBTQ+-friendly hit series is the first non-binary person to voice a member of the non-binary alien race of Gems that populate the Steven Universe universe — Jinkx’s performance as Emerald featured in the SDCC sneak peek is on fire!

Dimitar Petrov Unvravels the Magical Spell of Balkan Legend Animated Series ‘The Golden Apple’
Art director/showrunner Petrov talks to Animation Xpress about his passion project series, currently in pilot production at Studio Zmei in Bulgaria. The central tale follows a group of humans and spirits searching for a magical fruit tree that appears once every 100 years with the power to undo all a person’s problems, set against a conflict between the mortal and spiritual worlds. 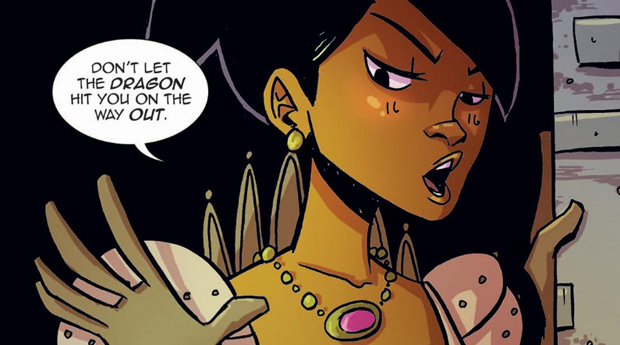