‘The Shape of Water’ to Receive Vanguard Award at 19th Annual Palm Springs Int’l Film Festival
PSIFF will present the special honor to Guillermo del Toro and the stellar ensemble cast of his latest groundbreaking film at the Awards Gala. (Read more about The Shape of Water in the January issue of Animation Magazine, No. 276).

“Guillermo del Toro is a master storyteller, whose boundless imagination has crafted a visually dazzling fable with The Shape of Water,” said Festival Chairman Harold Matzner. “This romantic story of a woman discovering herself as she falls for someone otherworldly is driven by an astounding performance by Sally Hawkins, and features an acclaimed cast including Octavia Spencer, Richard Jenkins, Michael Shannon, Doug Jones and Michael Stulhbarg. This exemplary group of actors brings to life this magical ode to cinema. It is our honor to present the Vanguard Award to The Shape of Water.”

TIX ON SALE: The Complete Studio Ghibli at IFC
New Yorkers can catch their favorite features from the acclaimed anime studio December 1 through January 11 in this comprehensive retrospective. In addition to the iconic theatrical features from Grave of the Fireflies and Totoro to Spirited Away and Porco Rosso, the lineup also includes the recently “re-discovered” TV movie Ocean Waves and 2013 documentary The Kingdom of Dreams and Madness. Afternoon screenings in English sub, evening screenings in English dub.

CLIPS: Kelly Clarkson and Ben Schwartz Get Their Song on in ‘Home for the Holidays’
Pop queen Clarkson brings the gift of song to all the Boov and humanspeople of Chicago this holiday season, while actor-comedian Schwartz (DuckTales, Parks and Recreation) shares his favorite foodstuffs with friends! Check out the festive clips from DreamWorks Animation’s Home: Adventures with Tip & Oh “Home for the Holidays” special (on Netflix now!) and be sure to order the Home for the Holidays soundtrack. 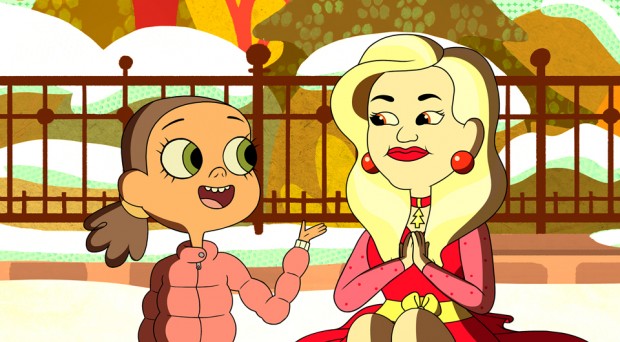 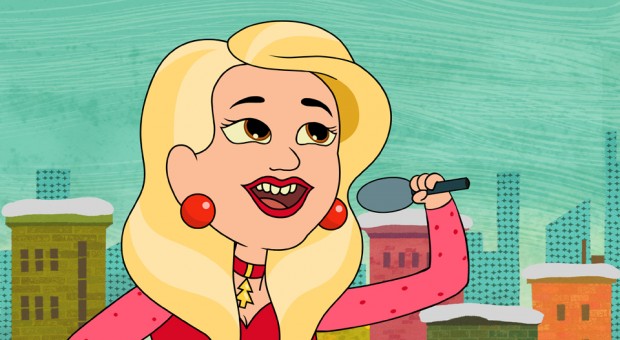 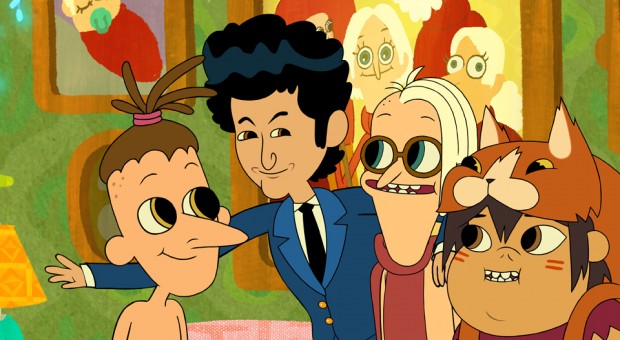