‘Game of Thrones’ Animated History Illustrates the Targaryen Conquest of Westeros
In a bit of an update to the motion-comic style “Histories & Lore” bonus featurettes seen in previous home releases, HBO is including a 45-minute limited animation retelling of Aegon’s Conquest in the Season 7 Blu-ray/DVD release. Just in case you’ve been north of the Wall for the last couple decades and are new to this whole Ice ‘n’ Fire thing.

‘Blade Runner’ Gets Animated Prequel Short from ‘Cowboy Bebop’ Creator
Just when you think you can’t possibly love Shinichiro Watanabe more, he goes and whips up Blade Runner: Black Out 2022 like some kind of maniac.

9 of Rap’s Most Memorable Animated Moments
Pitchfork takes us on a lovely little stroll through recent hip-hop/animation history, from Hammerman to Freaknik and beyond.

‘Game of Thrones’ – “The Spoils of War” Iloura VFX Breakdown
For S7E4 of HBO’s hit fantasy-drama, the studio used the crowd pipeline and in-house tools honed to handle the huge datasets required for “Battle of the Bastards” to smash Daenerys’ Dothraki horde into the Lannister army in a fiery fray, complete with extensive set extensions and CG smoke and flame.The team was lead by Iloura VFX Supes Glenn Melenhorst and Josh Simmons, reteaming with show VFX Supe Joe Bauer and VFX Prod Steve Kullback. 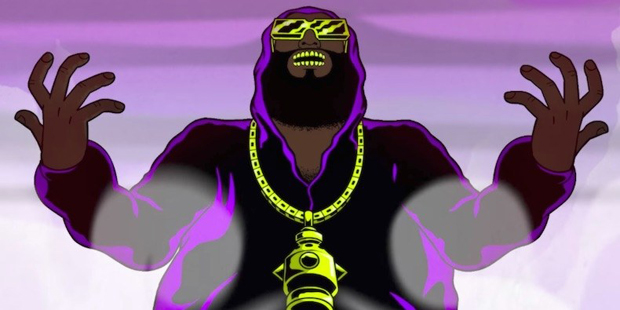